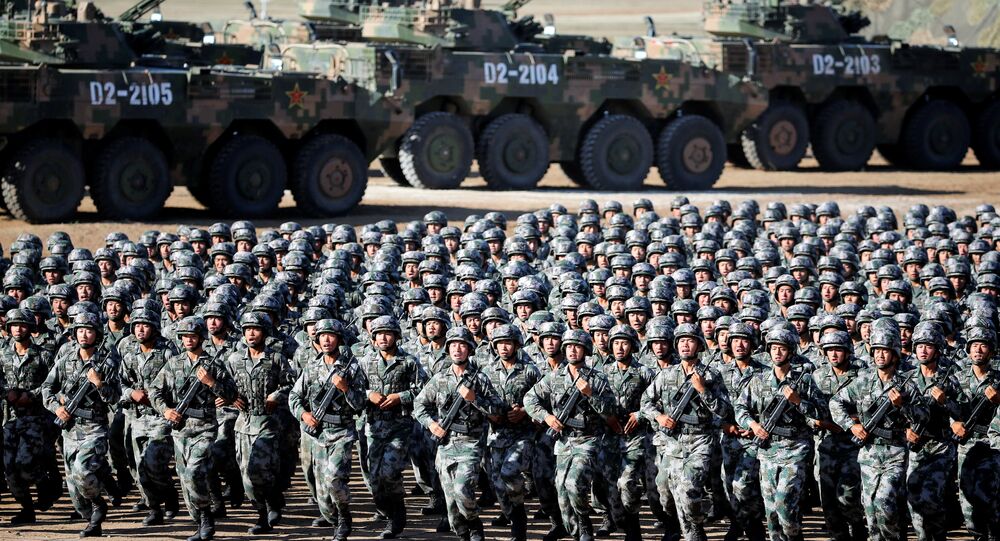 The Chinese president made the statement during his recent inspection of a Ground Force division from the Central Theater Command of the People's Liberation Army (PLA).

Chinese President Xi Jinping has issued a call to build up a high-tech military, including the development of an elite fighting force that would use digital technologies, according to the China Daily.

Xi said that the PLA should fully engage new technologies and innovations and unleash its scientific potential, transforming its technological achievement into combat advantages.

In particular, the Chinese president urged the military to expand digitized warfare research and databases, show more creativity in implementing military doctrines, use more technologies and increase the science education of troops.

"Our military has always fought with a great spirit. In the past, we had more spirit than steel. Now we have plenty of equipment, so we need an even tougher and stronger spirit to wield it," Xi was quoted as saying by the newspaper.

The president also said that special attention should be paid to combat readiness training, with an emphasis on realistic combat training.

In recent years, the Chinese military has been undergoing a large-scale military reform aimed at improving its combat capabilities and command and coordination efficiency. By the end of 2017, it was expected to reduce the number of the PLA by 300,000 troops to 2 million.

China has also invested a lot in technological modernization of all branches of its military. The reform is powered by the national defense industry capable of developing and manufacturing weapons of nearly all types, including the most advanced.

READ MORE: On Guard for Peace: How Global Role of Chinese Military Transforms

Many analysts note that the buildup of the Chinese military is dictated by the new geopolitical challenges, including tensions in the South China Sea and the North Korean crisis, and by Beijing’s intention to expand its global political role but that China is not really preparing for war.

On the 90th anniversary of the PLA in July, Xi said that the Chinese military must "focus on war preparedness, and forge an elite and powerful force that is always ready for fight, capable of combat, and sure to win."