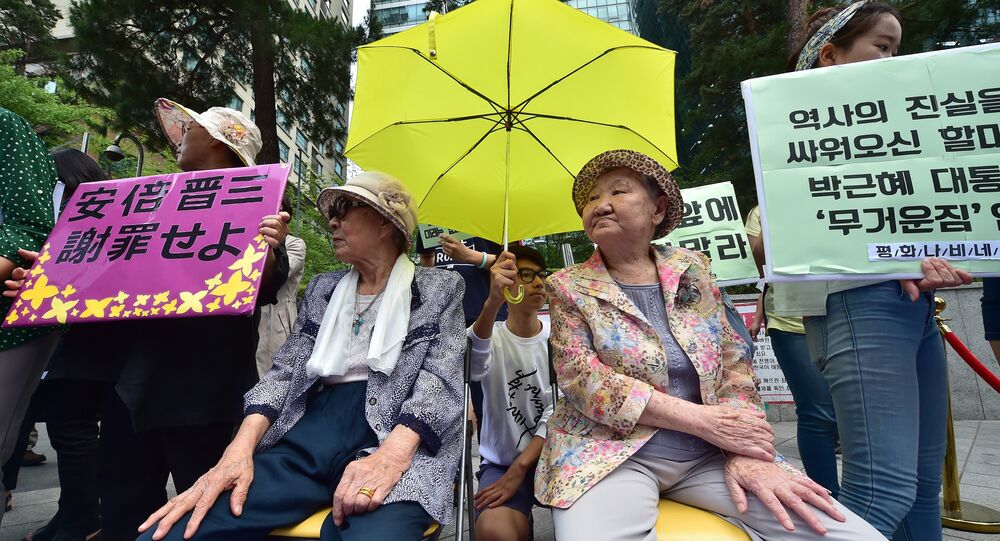 MOSCOW (Sputnik) - South Korean President Moon Jae-in is expected to hold a meeting on Thursday with a group of former comfort women, who were forced to work in brothels for the Japanese army during World War II, Yonhap news agency reported citing officials.

According to the agency, the meeting will take place at the Cheong Wa Dae presidential residence in Seoul and will involve eight former comfort women.

Moon intends to extend his personal sympathy to those women, who suffered from sex slavery during Japanese colonial rule.

The meeting will take place amid the ongoing dispute between Seoul and Tokyo over the 2015 deal between the two countries regarding the comfort women, under which Japan provided 1 billion yen ($8.8 million) to a fund to help victims. Seoul says that the agreement did not meet the needs of the Korean women, who had been the victims of sexual slavery.

Comfort women is a term used to describe women forced to work in wartime brothels for the Japanese military during World War II. With the exact number of women involved in the practice still a subject of debate, most of the women were taken from countries occupied by Japan between 1932 and 1945, mainly Korea, China, and the Philippines.