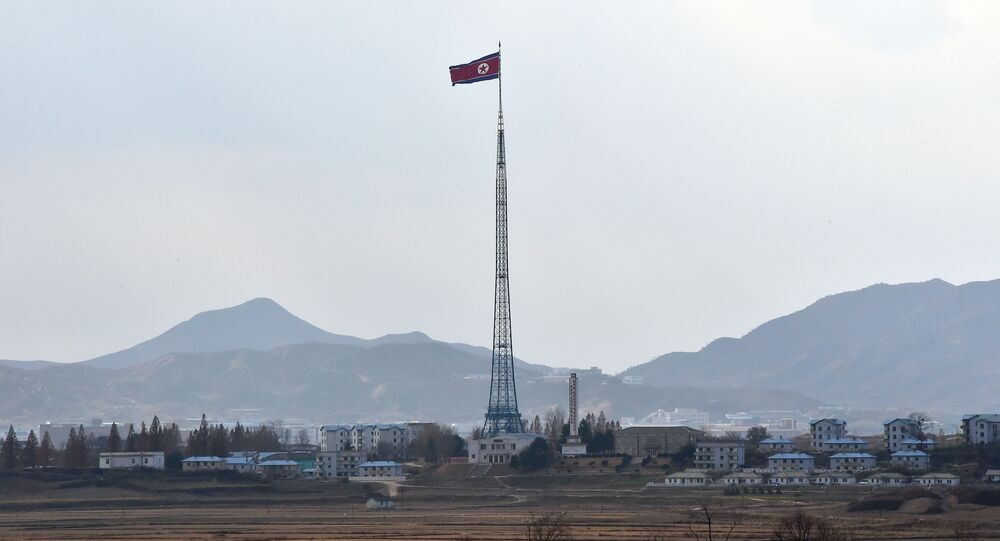 The minister suggested holding talks at the Panmunjom village after the North Korean President, Kim Jong Un, expressed hopes that the country's athletes would take part in the upcoming Olympic Games set to take place in South Korea.

The move has been welcomed by South Korean President Moon Jae-in, who has expressed willingness to allow the participation of North Korean athletes in the event.

The negotiations may take place amid reports by Japan's Kyodo News Agency, claiming that Tokyo was considering four possible military scenarios on the Korean Peninsula, including hostilities between the armed forces of North Korea and South Korea, a US preemptive strike on the DPRK, a South Korean invasion of the DPRK and a North Korean missile strike on Japan.

The situation on the Korean Peninsula has further escalated over the last year after Pyongyang carried out a number of missile launches and conducted a nuclear test in early September.

These actions have incited harsh criticism from the global community, which is seeking to put pressure on Pyongyang through international sanctions.

Reacting to the recent UN sanctions imposed on the country, in particular, limitations of oil imports to Pyongyang, North Korea has called them "an act of war," with the US repeatedly saying that it does rule out the possibility of a military solution to the issue.

A peaceful solution to the issue, the so-called, double-freeze plan, has been suggested by Russia and China, which urged Pyongyang to declare a moratorium on nuclear tests and missile launches and called on South Korea and the US to abstain from carrying out joint drills, in order to stabilize the situation on the Korean Peninsula.

However, Washington has refused this initiative.