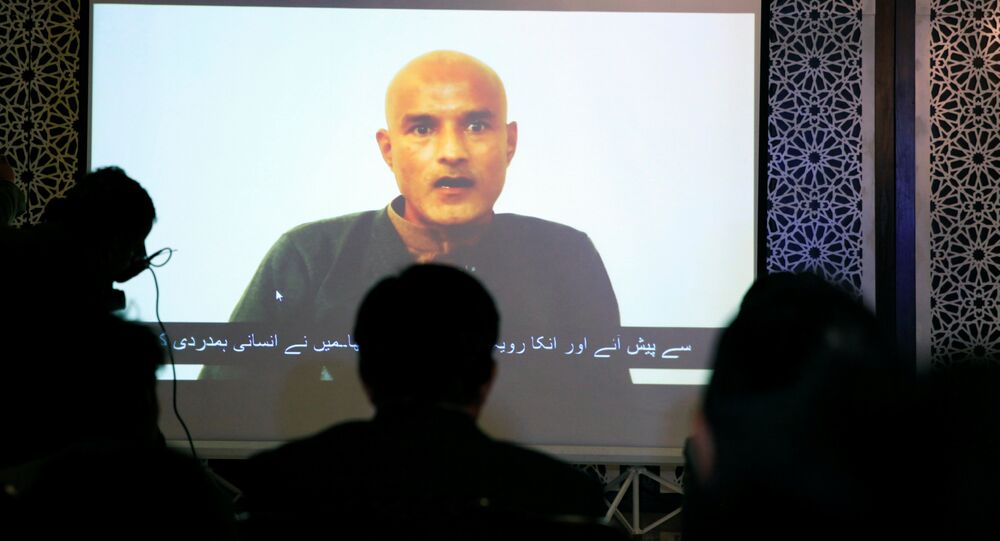 #JutaBhejoPakistan (send shoes to Pakistan) has been trending on Twitter since last weekend as thousands of Indians have joined in a comic way of protesting the “insult” meted out to an Indian prisoner’s wife who went to Islamabad to meet her husband on December 25.

New Delhi (Sputnik) — Thousands of Indians have joined a unique protest started by ruling political party leader Tejinder Bagga, who lashed out at Pakistan for "insulting" the wife of Kulbhushan Jadhav, the Indian prisoner on death row in Pakistan. Kulbhushan Jadhav's wife was asked to remove her shoes for security reasons. To her surprise, the shoes were not returned to her, even after she finished the meeting with her husband in Islamabad. Tejinder Bagga and his supporters have been sending shoes to the Pakistani High Commission in New Delhi for getting them delivered as "gifts to Islamabad."

Tejinder Bagga, who ordered a pair of flip-flops for $3.4 to be delivered to Pakistan's High Commission in New Delhi shared a screenshot of the receipt.

Many Nationalists Joined the campaign & Sending Jutte Chappal to Pakistan. Everyone join & tweet your order with hashtag#JutaBhejoPakistan pic.twitter.com/XL0xcXazhM

​@TajinderBaggaji II have sent 11 size chappal to them so that it hits hard #JutaBhejoPakistan pic.twitter.com/B482sG3vbu

© AP Photo / Rajanish Kakade
India Accuses Pakistan of Hounding Indian Prisoner's Visiting Family
​Kulbhushan Jadav, a former officer of the Indian Navy, is currently on death row in Pakistan on charges of espionage. His wife and mother were allowed to visit Islamabad by the Pakistani authorities on 25 December 2017 after months of appealing. The meeting was being touted as a sign of a thaw in India-Pakistan relationship after months of derangement. However, as news surfaced about how the meeting was held in a largely "coercive environment" and that Jadav's wife was asked to remove her Hindu accessories and her shoes before the meeting for "security reasons", the goodwill gave way to bitterness with India strongly reacting to the "insulting and inhumane" treatment.

Pakistan, on its part, has maintained that the shoes had been seized as some suspicious metallic substance was found in them.

"There was something in the shoe. It is being investigated. We gave her a pair of replacement shoes. All her jewelry etc were returned after the meeting," Dr. Mohammad Faisal, spokesperson, Pakistan's Foreign Office said.