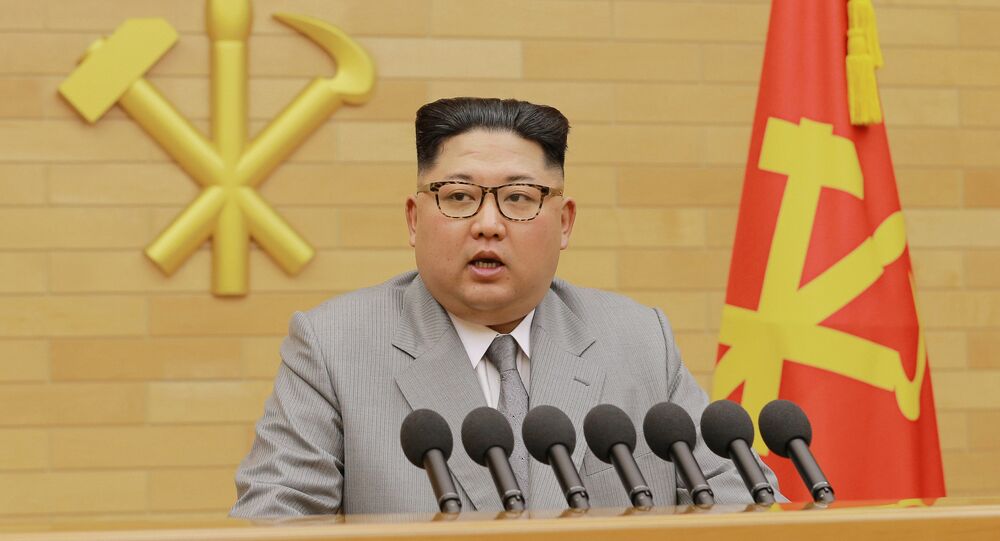 In his New Year's message on January 1, North Korean leader Kim Jong-un expressed hope that the forthcoming Olympic Games in South Korea will be a success.

North Korean leader Kim Jong-un has voiced readiness to send the country's delegation to the 2018 PyeongChang Olympics, scheduled to kick off on February 9, according to the South Korean news agency Yonhap.

"The Winter Games to be held in South Korea will be a good occasion for the country. We sincerely hope that the Winter Olympics will be a success. We are ready to take various steps, including the dispatch of a delegation. To this end, the two Koreas can immediately meet," Kim pointed out.

The administration of South Korean President Moon Jae-in, for their part, has welcomed Kim Jong-un's willingness to approve of the participation of North Korean athletes in the 2018 Olympics.

They were echoed by Franz Klintsevich, First Deputy Chairman of the Russian Upper House's Defense and Security Committee, who heaped praise on the North Korean leader's remarks.

"Participation of DPRK athletes in the South Korean Olympic Games is probably the only human response to apoplectic scenarios, including those that were recently announced by the Japanese government," he pointed out.

He also noted that Kim Jong-un's statement is in sync with the phrase "Oh, sport, you are peace!" by the chief ideologist behind the Olympic movement, Pierre de Coubertin.

These include hostilities between the armed forces of North Korea and South Korea, a preemptive US strike on the DPRK, a South Korean invasion of the DPRK and a North Korean missile strike on Japan.