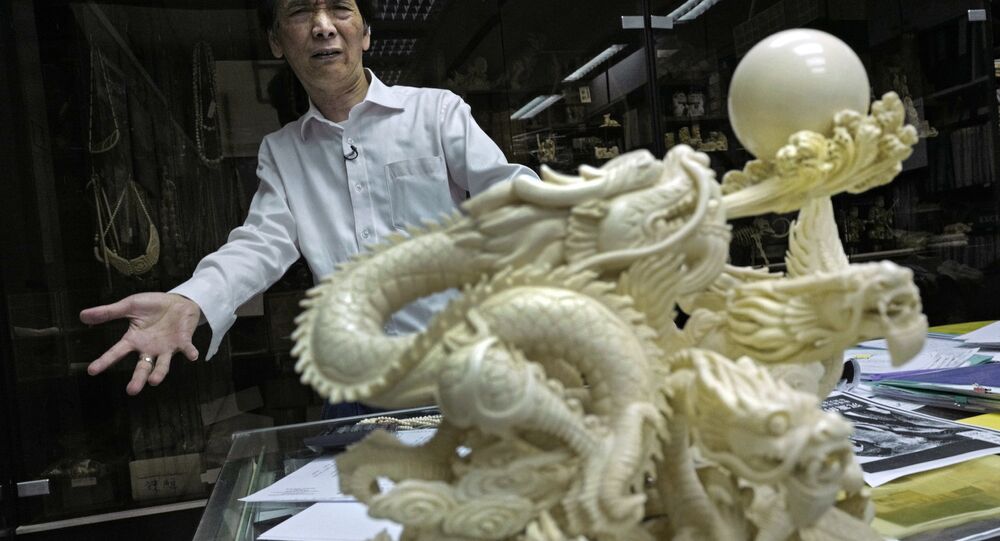 Effective January 1, 2018, China will ban the mainland domestic sale of elephant ivory and related products, a significant move toward slowing the annual slaughter of the largest land animals on Earth.

Increasingly endangered, African elephant populations have been decimated over the past two centuries, primarily due to high ivory prices, poor funding for game security and a cultural aesthetic — particularly in China — that prizes objects carved from the animal's enormous teeth.

While international trade in elephant ivory has been banned since 1990, Beijing had until recently continued to allow the domestic purchase, distribution, and sale of the teeth, citing a cultural heritage that supported artisanal shaping — especially for chopsticks and carvings — of ivory cut from the illegally slaughtered mammals.

China state agencies in 2007 listed ivory carving as a practice exemplifying a "national intangible cultural heritage" in the country, pointing to the millennia-old practice supported primarily by royal families, according to China Daily.

Considered a "unique skill" in the country, apprentices learning how to carve elephant tusks would typically take over three years to be able to create acceptable items that would appeal to discriminating Chinese buyers and collectors.

Wholesale prices for raw ivory peaked at about $2,100 per kilogram in China in 2014, according to the Financial Times.

Since 2014, however, many factories have closed due to a downturn in consumer buying, while prominent Chinese celebrities have boosted awareness of ongoing elephant poaching atrocities, resulting in ivory sales dropping an estimated 65 percent in 2017, according to Digitaljournal.com.

Black market ivory continues to move internationally, however, as manufacturers and distributors move out of China to countries like Laos where laws are either unenforced or non-existent.

The China ban will not end the ongoing and prolific trade in elephant ivory in the autonomous region of Hong Kong, however. A primary consumer hub for Chinese customers, the special administrative region will nonetheless vote on an ivory ban in 2018.

African elephants have been recorded weighing some 12 tons and standing over 13 feet tall. Populations of the animals in the early 20th century suggested between 3 and 5 million, but current estimates place the animal on the endangered list, with less than 400,000 left on the African continent.