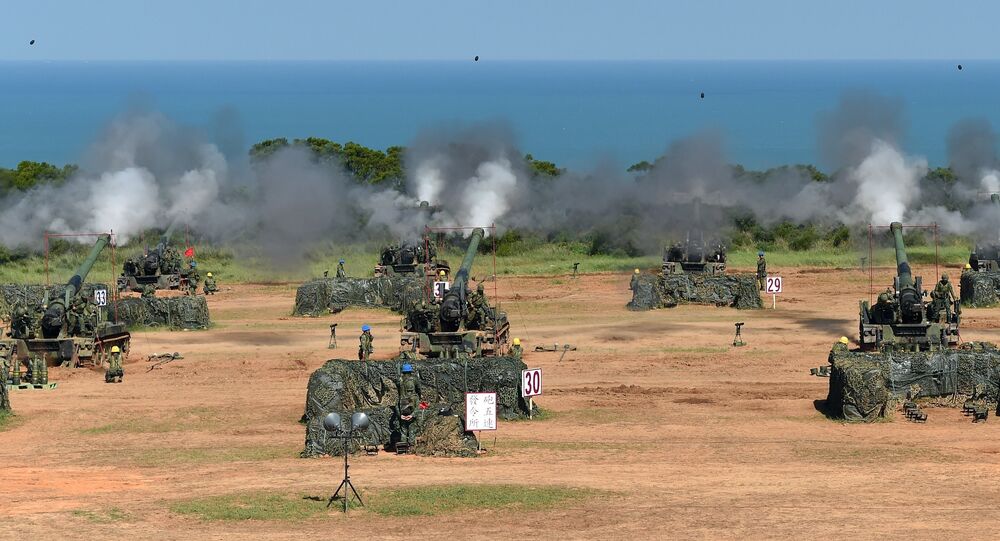 Taiwanese President Tsai Ing-wen announced on Friday that the military aggression of the mainland has reached new heights and that her country would increase its military spending to meet the intensifying security challenge.

"China's military activities don't only impact the situation in the Taiwan Strait, but also in all of East Asia… This is not a problem being faced alone by Taiwan," Tsai told reporters during a Friday press conference, standing on a stage adorned with two model fighter jets.

"All countries in this region who want to see peace and stability, have a consensus… and China can't ignore this, that cross-strait issues absolutely can't be resolved through military force but through peaceful means," Tsai added.

But just because peace is the only path to resolution doesn't mean Taiwan will curb military spending — quite the opposite, she said, announcing a defense spending increase in 2018. The exact amount, or where the money will go, has yet to be determined.

"Over the past year, the morale of our military is steadily improving, support for our military is also continuously increasing. This is the most gratifying thing since I've become president. I hereby solemnly announce that our annual defence budget will grow steadily within a reasonable range. Building our own defences will no longer be a slogan, but the daily task we must fully realise."

During an October visit to Hawaii, Tsai announced that a 2 or possibly 3 percent increase in defense spending would be implemented in the near future. She also hinted that her country would ink additional weapons purchases with US military contractors. Taiwan is a top buyer of US weapons, having purchased more than $60 billion's worth in the last 25 years.

Tsai reiterated that claim in her speech, adding that Taipei would eye more advanced weapons from Washington. However, she insisted the weapons were only for self-defense and would not be used to provoke Beijing.

Hostilities between China and Taiwan flared after the 2016 election victory of Tsai and her Democratic Progressive Party (DPP), ending several years of detente. Unlike her immediate predecessors, Tsai has been unwilling to publicly endorse the 1992 Consensus, a cross-strait agreement affirming that there is only one China. (Naturally, Beijing and Taipei disagree on which of their governments is the legitimate one.)

The DPP's line is more attuned to the realities of the situation: China and Taiwan are in practice, separate, sovereign nations. But China has declared any moves on Taiwan's part toward formal independence a red line, even hinting at military action should Taiwan hold an independence referendum.

Earlier in December, the Taiwanese Defense Ministry released a white paper claiming that the Chinese Air Force had conducted 16 provocative military exercises in which they buzzed Taiwan's airspace in 2017.

Beijing in the past referred to the exercises as routine and told Taiwan (and Japan, which also had its airspace buzzed) to "get used to it."

Senator: US Must Accelerate Sale of Defensive Weapons to Taiwan to Counter China