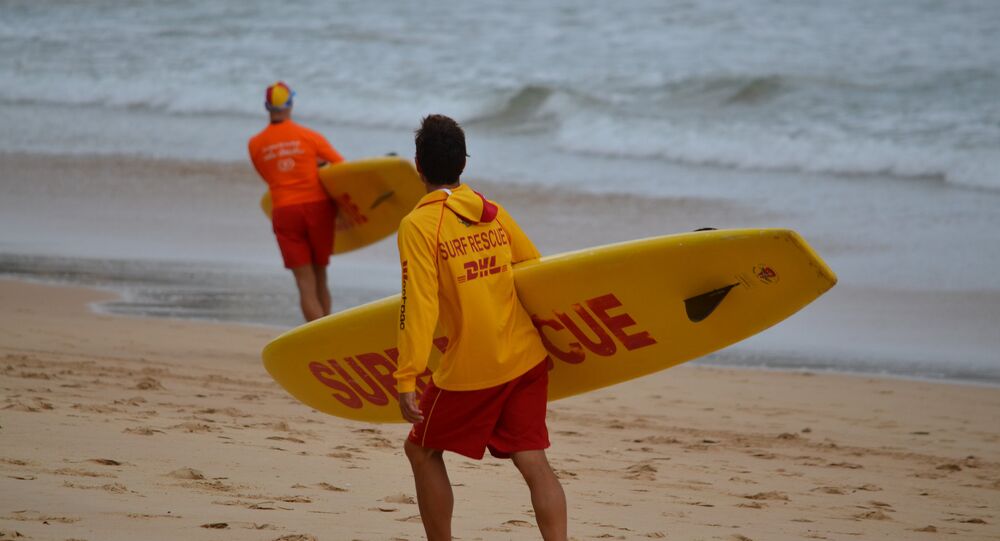 Australian twins Dean and Shaun Harrington, famous for their prank videos, have stirred up a raging debate on social media after they lashed out at bystanders for not helping a group of drowning surfers at the Duranbah beach in New South Wales.

New Delhi (Sputnik) — On Christmas Day when the Duranbah beach was packed with revelers, a 22-year-old Indian student and his seven friends were pulled to the sea by a strong current. Dean and Shaun who were also present at the location jumped into the waters along with professional rescuers and pulled out the drowning men. However, the Indian student Ravneet Gill who was pulled out of the sea in an unconscious state did not live to thank his rescuers.

Dean and Shaun Harrington, who are brothers, later posted on Instagram that Ravneet probably died because unlike them, other bystanders chose to be mere spectators to the horrific accident.

"If you see someone in trouble you HELP THEM," reads the Instagram post by the Harrington brothers.  The brothers specially mention "a kiteboarder who nearly ran me over twice when I had an unconscious man in my arms."

To all those surfers yesterday at D’bah who watched two lifeguards me and my family save 6 people and one drowned FUCK YOU if you see someone in trouble you HELP THEM and that kite boarder who nearly ran me over twice when I had an unconscious man in my arms you can get fucked, some poor family has lost a life because people were standing around watching and doing fuck all, it’s fucking bullshit!!

Ravneet, a student of business management, was living in Gold Coast, Queensland for the past three years, says the Gold Coast Sikh Council in a Facebook post.

"As the eldest of his family, Ravneet was the pillar of hope and support for his parents and a younger brother who reside in India," the community says in its tribute.

International student Ravneet Singh drowned at Duranbah on Christmas Day. He was considered to be the best swimmer among his friends who said it was his decision to visit the beach. @GCBulletin https://t.co/PeBsIkKXi0

Meanwhile, people in India are asking the government to help bring the body of the deceased student to the grieving parents in India.

Respected @SushmaSwaraj@capt_amarinder Please help in bringing the body of the deceased Ravneet Singh, drowned in Duranbah Beach Australia, to India as the family is already passing through huge pain.🙏https://t.co/Dcp7bBPOiw