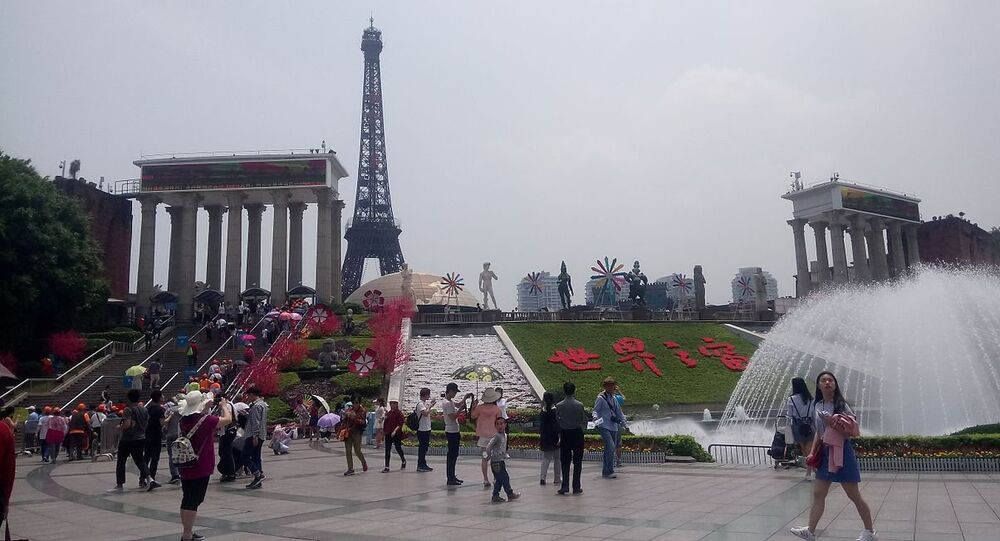 It turns out that Chinese craftsmen are incredibly adept at making replicas of legendary buildings and ruins, and erecting fantastic structures made of ice and other, less orthodox materials.

The city of Shenzhen, located in China’s Guangdong Province, serves as a host to hundreds of famous tourist landmarks from all corners of the globe – or rather their accurate replicas.

The Window of the World theme park contains over 100 reproductions of popular landmarks from abroad while the neighboring Splendid China Folk Park houses miniaturized likenesses of famous Chinese landmarks.

Shenzhen isn’t the only place in China famous for these kinds of attractions. For example, during winter in Harbin one can take a gander at replicas of famous buildings both new and old made out of ice, built by participants at the annual Ice and Snow Sculpture Festival.

Chinese craftsmen are also incredibly proficient at erecting building facsimiles made of virtually any material. Just take a look at this structure built out of corn cobs.

The park located near a new housing project in the city of Hefei also houses a replica of Stonehenge which already was a popular picnic spot for the locals.

© AFP 2020 / STR
This photo taken on May 7, 2012 shows a replica of the World Heritage Site of Stonehenge at a park beside a new housing project in Hefei, east China's Anhui province

Some Chinese buildings attract considerable public attention even though they weren’t actually designed as tourist attractions. For example, the campus of Hebei Academy of Fine Arts bears an uncanny resemblance to Hogwarts School of Witchcraft and Wizardry from the Harry Potter series.

© AFP 2020 / FRED DUFOUR
In a picture taken on June 16, 2015, people gather in front of the campus of Hebei Academy of Fine Arts after a graduation ceremony in Xinle, Hebei province

And for something completely different, the city of Changzhou houses the China Dinosaurs Land – a theme park containing dinosaur fossils and imitations of these prehistoric creatures.