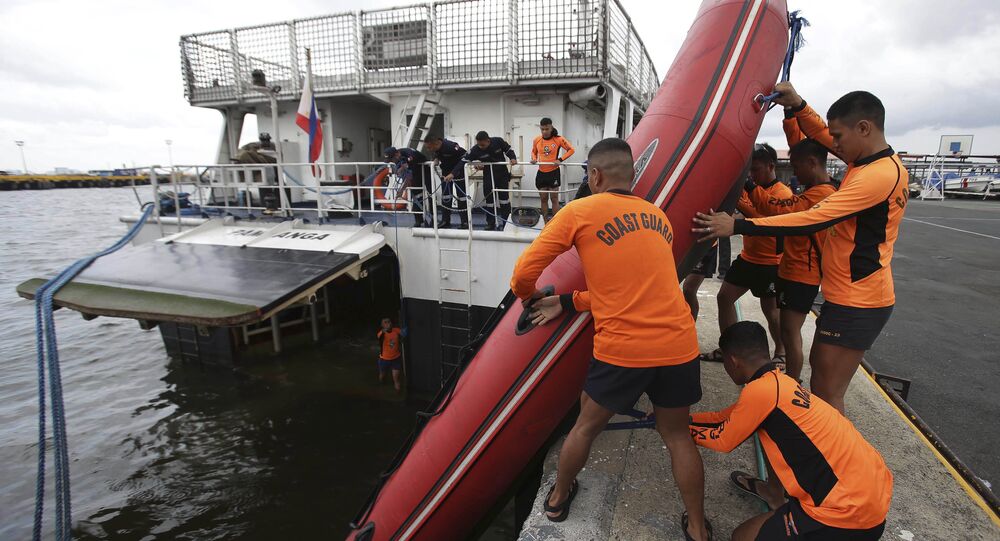 A ferry carrying more than 200 passengers has capsized off the Philippines in bad weather conditions, authorities told local media.

On December 21, a passenger ship with 251 people on board sank near the Philippine province of Quezon, local media reported Thursday citing the coast guard. Some media also reported that at least three people were killed in the shipwreck.

Quezon police director Rhoderick Armamento said as quoted by the Straits Times that the most of the passengers have been rescued.

The accident occurred off the town of Real, about 70 kilometres (43 miles) east of Manila, as the boat sailed towards the remote island of Polillo in rough weather, coastguard spokesman Armand Balilo told a news conference.

The initial reports read that the reason for the accident was a big hole sustained by the ship, acting Quezon disaster risk reduction and management council chief Juanito Diaz reportedly said.

In 2013, at least 71 were killed when the Saint Thomas Aquinas ferry sank after colliding with a cargo ship near Cebu port in the central Philippines. The ship was carrying 830 passengers and crew.