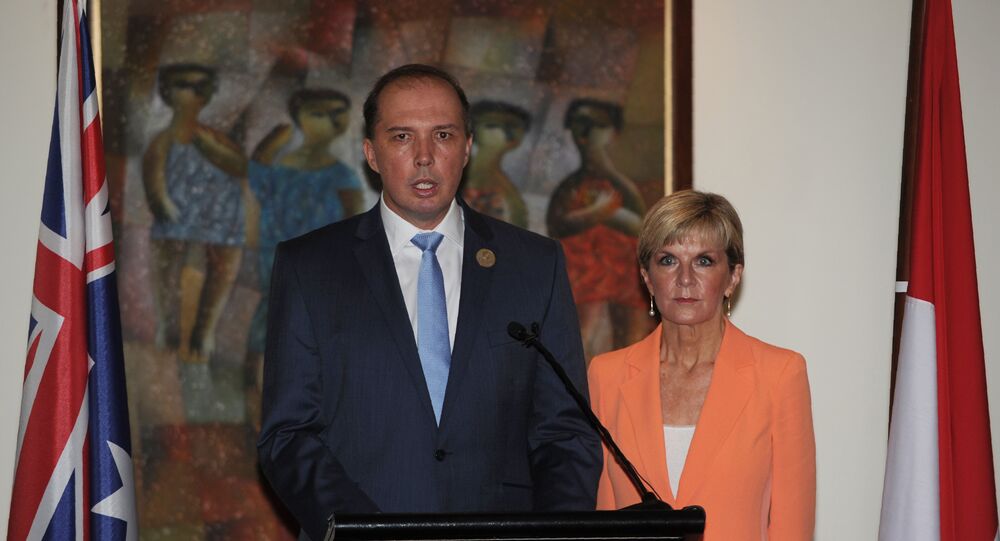 The South-Pacific nation, with some of the toughest anti-terror legislation in the world, is set to increase the power of its spy agencies still further.

Speaking after his swearing in, the new minister claimed the country's counter espionage capabilities had been undermined by the War on Terror, and the activities of the Australian Signals Directorate, which currently cooperates with the military in gathering foreign intelligence, will increasingly turn its attention to domestic surveillance.

An honour to be sworn in as Minister for Home Affairs today. Im looking forward to the challenge ahead and working closely with my colleagues @AlanTudgeMP @AngusTaylorMP @AlexHawkeMP | https://t.co/O1UfN5jWYe pic.twitter.com/Yo6dOhOx97

Fears over foreign meddling in Australia were recently fanned by the scandal surrounding Labor MP Sam Dastyari who allegedly received financial assistance from a Chinese businessman who he also advised on how to avoid surveillance by the Australian Government. The Chinese government has vigorously denied claims that it has sought to influence Australian domestic politics.

The so-called "super-ministry" for Home Affairs was formed throughout 2017 by Liberal Prime Minister Malcolm Turnbull, merging the former portfolios of Immigration, Border Protection, Law Enforcement and Domestic Security and is directly modeled on the UK Home Office.

While seldom compared to other Western democracies like the UK and US, Australia has since 9/11 enacted some of the most expansive and intrusive surveillance regimes in the developed world. These measures include the legalization of spying on the entire Australian internet with a single warrant, introduced in 2014. Stringent laws on publicizing classified information also threaten whistleblowers and journalists with decade-long jail-terms.

Since 1965 Australia has hosted the American National Security Agency's Pine Gap facility near Alice Springs, allowing it to intercept electronic communications from across half of the planet's surface. The base has been of such importance to the US that, according to Australian journalist John Pilger, Labor Prime Minister Gough Whitlam's removal from power in 1975 was engineered over fears the Australian leader might close the facility.