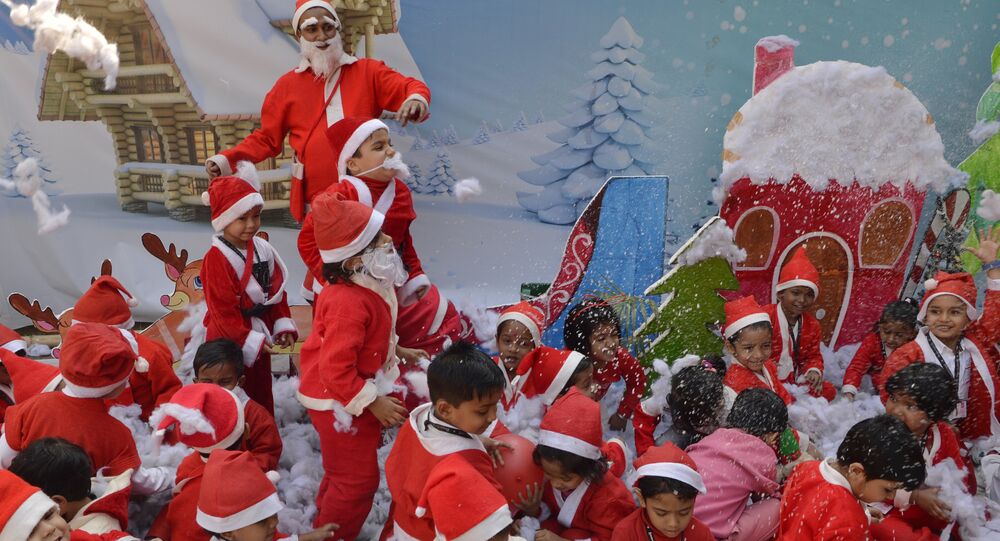 The Hindu Jagran Manch (HJM) has warned the managing bodies of schools run by Christian NGO’s against collecting contributions from Hindu students and making it mandatory for them to partake in Christmas celebrations.

New Delhi (Sputnik) — A Hindu group in India’s most populous state, Uttar Pradesh, has threatened schools against celebrating Christmas, claiming it would be “at their own risk.”

“Most students in missionary and other schools are Hindus.Christian students in these schools are very few. Thus, their major source of revenue is from the Hindus students. We will be telling schools that by celebrating Christmas, they are promoting Christianity,” Sonu Savita, president of HJM’s Aligargh wing, said in a statement.

“The circular would be reaching all schools very shortly and we will decide on a course of action on receiving their response,” Sonu Savita announced.

The group has been vehemently resisting religious conversions in the state in the last few years. The Uttar Pradesh police headquarters have directed all its local units to remain alert in anticipation of a communal flare-up following HJM’s warnings.

“The Aligarh senior superintendent of police and all district police chiefs have been directed to take strict legal action against those indulging in intimidation of any sort,” Anand Kumar, additional director general of the Uttar Pradesh Police, said.

Last week, police in the Indian state of Madhya Pradesh had arrested 32 people for singing Christmas carols. In a related incident, a group of Hindu extremists had set fire to a car belonging to a Catholic priest.

Hindu Jagran Manch targeting Christmas celebrations in UP makes huge news in National Media, but TN Missionary schools punishing kids for celebrating Diwali was not even a news for them! #HindusTargeted #MediaExposed pic.twitter.com/fdmkIsNS1K

But the official population data released by the Indian government does not support this claim. The proportion of Christians in the country’s population has actually fallen to 2.3 percent according to the Census of 2011, as compared to 2.6 percent in 1971.