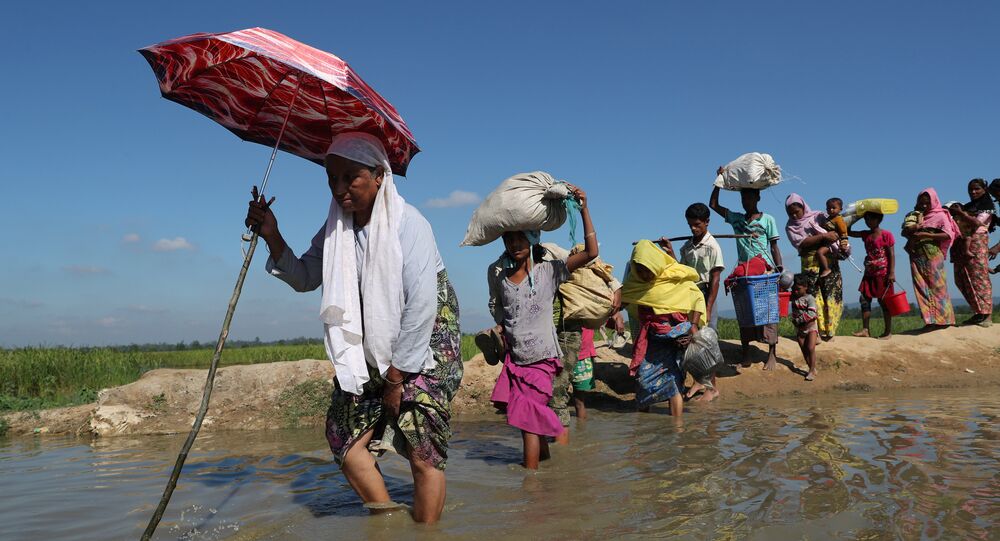 This constitutes another important step in the international recognition of Myanmar's oppressed minority.

According to The Guardian, the latest version of the Unicode Standard, the global coding system that digitalizes written scripts for online use, will include a version of the Rohingya language.

The Rohingya people, who predominantly reside in Rakhine State in Myanmar, have recently come to light, following reports of a brutal military campaign mounted against them by Myanmar's government.

The predominantly Muslim minority has long been suppressed by Myanmar's government, which favors calling them "Bengalis" instead of "Rohingyas" as a means of depriving them of a distinct identity.

© AP Photo / Dar Yasin
Rohingya Women – Young, Old, Pregnant, Widowed – Living Without Basic Health Care, Sanitation in Refugee Camps
The Rohingya language also plays a role in the divide between the Rohingya and the Bamar people, who form the majority in Myanmar, as the Rohingya speak a specific dialect of the Bengali language that is generally not understood across by the country.

The Rohingya only managed to develop their own written language in the 1980s, owing to efforts by Mohammad Hanif, who developed the ethnic group's writing system as a means of expressing their unique identity.

"If a people do not have a written language of their own, it is easier to say that as an ethnic group you don't exist. It is easier to repress them," Hanif said.

The inclusion of one of the existing Rohingya scripts into the Unicode Standard system, which will enable them to exchange messages online, was praised as "revolutionary" by Translators Without Borders (TWB), a charity that offers translation services in conflict zones.

TWB's Rebecca Petras told The Guardian that the "script is necessary" in order to preserve the Rohingya's language and identity.

"This would strengthen the language and go a long way to preserve it," she said, commenting on digitalization proposals.

The Rohingya people have been trapped in what some politicians have called a "major humanitarian crisis," with as many as 800,000 of them fleeing to Bangladesh to evade persecution.