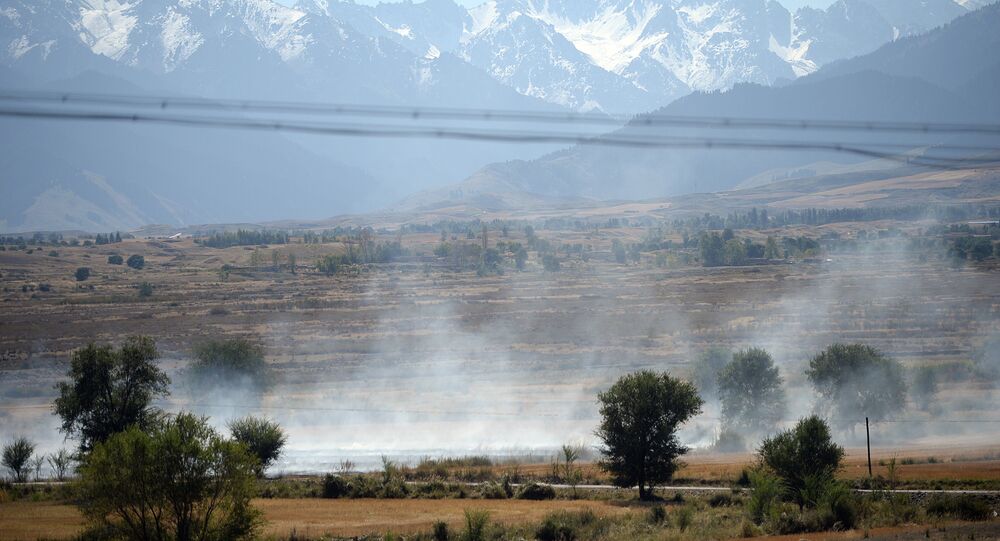 China has been sending thousands or even tens of thousands of Uyghurs, a Turkic ethnic minority group living primarily in the western province of Xinjiang, to detention camps for political crimes like having extremist thoughts, according to a new investigation.

Citing religious oppression and suppression of political expression, some Uyghur separatists have carried out acts of terror in Xinjiang and other parts of China over the last decade. Beijing has long been accused of trying to undermine religious observance in the region, and the latest program is seen as an effort to retrain Uyghurs' thinking.

While detained, the Uyghurs must adhere to the "five togethers:" to live, practice drills, study, eat and sleep as one. "The government has referred to its detention program as ‘vocational training,' but its main purpose appears to be indoctrination," the AP noted.

The campaign to reign in Xinjiang's alleged extremists has been led by Chen Quanguo, who was promoted to the top governmental position in Xinjiang after quelling unrest in another area experiencing tension with Beijing: Tibet. Chen promised to "bury terrorists in the ocean of the people's war and make them tremble," the AP quoted him as saying after he was promoted.

Human Rights Watch reported in January that Tibet and Xinjiang are two areas where Beijing has committed its most serious human rights violations.

"Since 2011, authorities in Tibet have placed permanent teams of Communist Party officials in every religious institution to oversee daily management of religion… Another of Chen's flagship policies in Tibet entailed a major expansion of surveillance mechanisms, from high-tech police posts at urban road junctions to making a single person responsible for the behavior of every five to 10 households; it will not be difficult for him to justify similar initiatives across Xinjiang to his bosses in Beijing," HRW noted.

Other Central Asian nations have also begun to monitor Muslim organizations with a much keener eye, in particular as in recent years a trickle of Central Asians have joined Daesh in Syria or Iraq, or perpetrated terrorist attacks in the group's name around the world.

Last week, human rights proponents sounded the alarm over China's "physicals for all" program, which, critics allege, collects biodata on people in Xinjiang for surveillance and police purposes under the guise of a public health program. The provincial government plans to collect and store DNA, fingerprint, iris and blood type data when Uyghurs go to the doctor for a yearly checkup.

Basically all 10 million Uyghurs living in China are treated as terror suspects, the AP investigation found, noting that Uyghurs who contact relatives abroad can face police questioning or time at a "vocational" center. Other political crimes worthy of detention include thinking extremist thought and studying or travelling abroad, according to the report.

A Uyghur student returning from Egypt, where he studied and spoke of pursuing a Ph.D. in comparative religion, was whisked away by police in February 2016 and is now feared to have died in detention, the AP investigation noted.