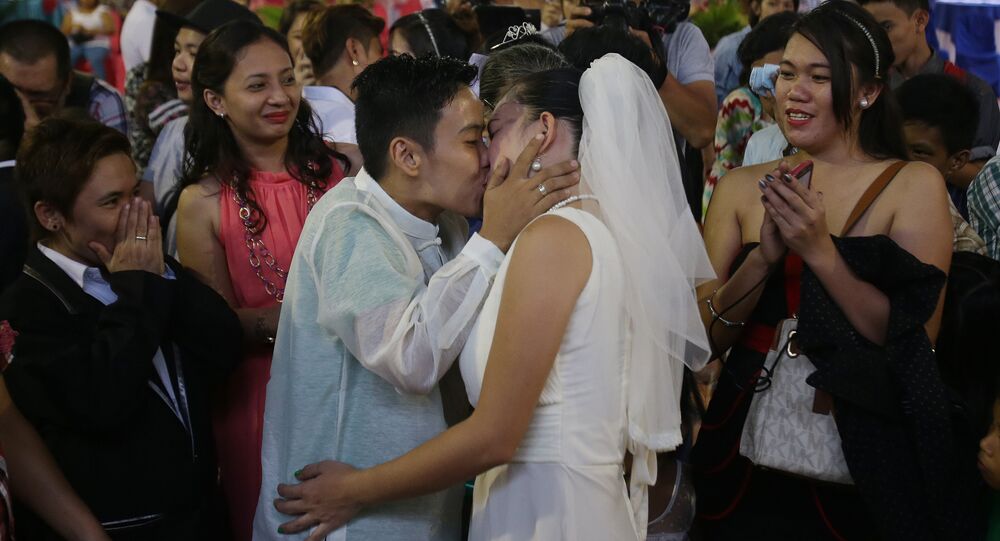 Only one country in Asia-Pacific, Australia, currently recognizes same-sex unions.

Philippine President Rodrigo Duterte expressed support for same-sex unions when speaking at a gathering of lesbian, gay, bisexual, and transgender (LGBT) people in Davao. "I said I am for [same] sex marriage if that is the trend of the modern times," adding, "If that will add to your happiness, I am for it."

"Why impose a morality that is no longer working and almost passed," Duterte said. "So I am with you."

The Filippino president has asked the LGBT community to nominate a representative to work in his government.

Previously Duterte was quoted as saying that he opposed gay marriage in the Philippines, a mostly Roman Catholic nation, while Christian bishops voiced concern over legalizing such unions.

A total of 25 countries, mostly in Europe and North and South America, have officially recognized same-sex marriage nationwide or in some parts, with Australia being the latest to legalize gay unions.