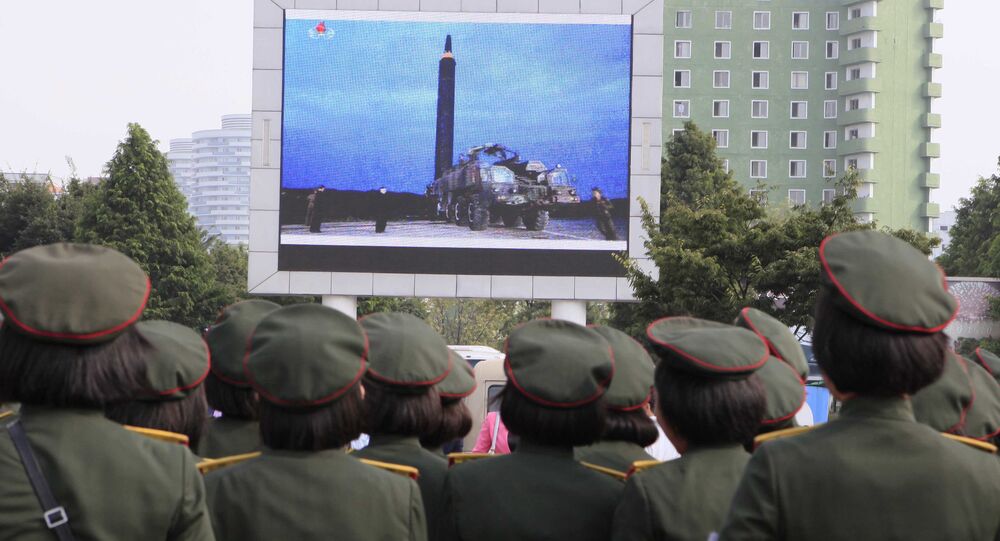 Russia wants to find out why US Secretary of State Rex Tillerson said that Washington was not supporting the so-called "double freeze" plan that stipulates the halt in military activities by US and North Korean forces to promote the peace process, Deputy Foreign Minister Sergei Ryabkov has said.

In an interview with Sputnik on Friday, Sergei Ryabkov said Moscow doesn't seek to 'legitimize' Pyongyang's actions by promoting the "freeze-for-freeze" scenario.

"The nuclear status of North Korea is unacceptable for us and that this country should stop its provocative actions, which do not fit into the requirements of the UN Security Council resolution. We hope that we will yield results from these appeals and this position, but it is incomparable with what we could have achieved if the US had supported the Russian-Chinese proposal and demonstrated a good will," Ryabkov said.

The statement comes after US State Secretary claimed on Friday, following the UN Security Council meeting, that Washington won't accept any preconditions for talks with Pyongyang, including a "double freeze" agreement. He also said that the US will keep applying pressure on the DPRK to force it to follow an "alternative course."

"The situations when the logic of practical measures in the military area, let it be nuclear or missile tests carried out by North Korea or drills conducted by the United States and its allies, lead to the same result — the political process is not moving forward, the circumstances are getting worse, the situation is forced into a deadlock with the risk of uncontrolled escalation," Ryabkov said.

READ MORE: US Softening on N. Korea May Mean Washington 'Is Coming Round to Moscow's View'

The tensions over North Korean peninsula are simmering as the US and its allies are conducting naval drills while Pyongyang keeps conducting nuclear and missile tests.