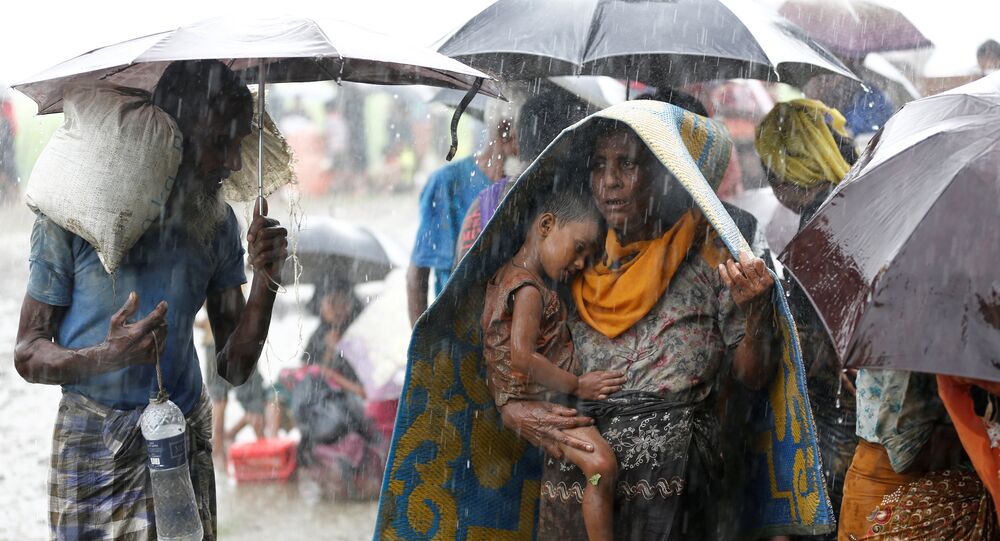 Doctors Without Borders (MSF) has reported that at least 6,700 people were killed by Myanmar’s military in a single month. The deaths came as a result of Naypyidaw’s crackdown on the nation’s Rohingya Muslim minority in August 2017.

The brutality of the killings is staggering. Sixty-nine percent of those killed were shot to death. Nine percent were burned alive in their homes, while another 5 percent were beaten to death. MSF reported that 730 of the 6,700 killed, about 11 percent, were children under the age of five.

"We met and spoke with survivors of violence in Myanmar, who are now sheltering in overcrowded and unsanitary camps in Bangladesh," said MSF medical director Sidney Wong.

"What we uncovered was staggering, both in terms of the numbers of people who reported a family member died as a result of violence, and the horrific ways in which they said they were killed or severely injured."

The shocking death toll of August alone, MSF wrote, was the "most conservative" available. They were not able to collect as accurate data as they would have liked because the surveys only accounted for the refugees who have fled to Bangladesh, not the hundreds of thousands still in Myanmar.

MSF claims that their estimates come from a series of six surveys of more than 2,400 households of Rohingyas currently living in refugee camps.

Myanmar has denied the report, calling it a gross exaggeration. They claim that only 400 people have been killed in the crackdown, and 376 of them are terrorists that the operation is targeting against.

In October 2016, assailants attacked three Burmese military bases along the Myanmar-Bangladesh border, killing nine officers. This and similar incidents were claimed by the Arakan Rohingya Salvation Army (ARSA), which claims to be a Rohingya nationalist group but is accused of being a radical Islamist organization by Naypyidaw.

In retaliation for the attack, Myanmar dispatched a heavy police and military presence to the region, for the stated reason of uprooting ARSA and other militant groups. After months of intermittent violence, the situation exploded in the killing of 71 people on the night of August 25: 59 ARSA insurgents and 12 Myanmar soldiers.

The crackdown has spiraled rapidly into one of the worst human rights crises in the world, with more than 620,000 Rohingya fleeing from Myanmar to Bangladesh to escape government purges. Those who have remained in Myanmar have been stripped of their land and citizenship and labeled stateless.

The US State Department, the UN, Amnesty International and Malaysia have all described actions taken against the Rohingya as "ethnic cleansing" as well as systematic crimes against humanity.

But tensions have existed between Myanmar, a majority Buddhist country, and their Rohingya Muslim ethno-religious minority for as long as the modern state of Myanmar has existed, a consequence of the country's colonial past, when it was ruled as an ancillary colony to the British Raj.

In both 1978 and 1991, Naypyidaw launched military operations against Rohingya insurgent groups in Rakhine state, driving hundreds of thousands of them out of the country and into Bangladesh. However, the current crisis dwarfs either of those operations.