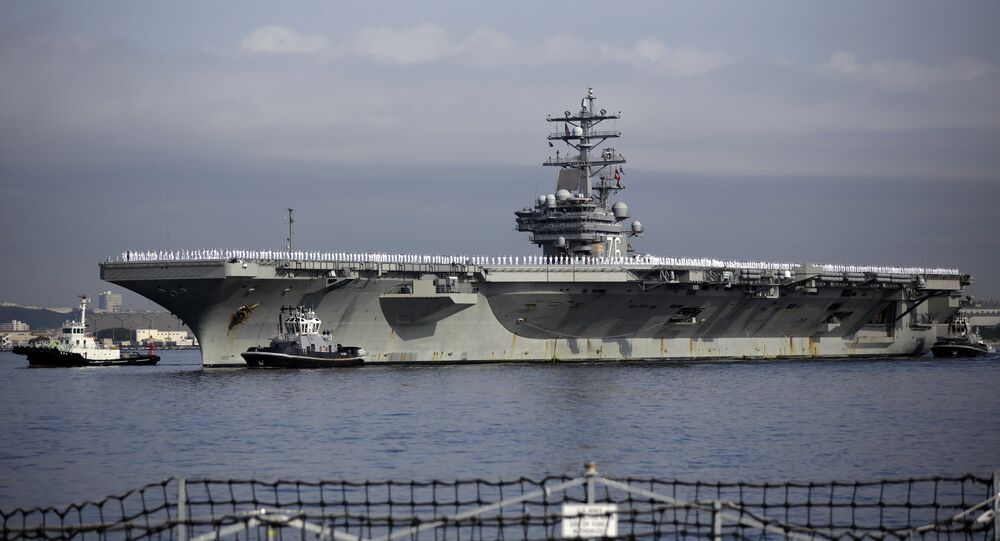 Previously, Pyongyang already slammed a proposed US naval blockade saying such measures will be regarded as "a declaration of war."

The DPRK has warned that possible enforcement of the naval blockade by the US will lead to "merciless self-defensive" measures, North korea's state news agency KCNA reports, citing a foreign ministry spokesperson.

According to KCNA, Pyongyang urged US President Donald Trump to refrain from imposing a maritime blockade, as such move would be an "extremely dangerous and big step towards the nuclear war."

READ MORE: 'Now Is Not the Right Time' for US Talks With North Korea — State Dept.

Pyongyang's response comes after US State Secretary Rex Tillerson stated that "the international community must take additional measures to enhance maritime security, including the right to interdict maritime traffic transporting goods to and from" North Korea.

© AP Photo / Andrew Harnik
Who Said What? Trump, Tillerson Send Mixed Messages on North Korea Talks
The naval blockade was also pushed for by Washington in September while deciding on sanctions against North Korea, however, the initiative was opposed by China and Russia.

In the wake of the latest missile launch by North Korea, the US together with South Korea and Japan carried out joint military drills aimed at testing their ability to track potential rockets fired from North Korea.

On Thursday, during the annual press conference Russian President Vladimir Putin called on both the United States and North Korea to stop aggravating a crisis, adding that he considers more severe international sanctions against North Korea "counterproductive".