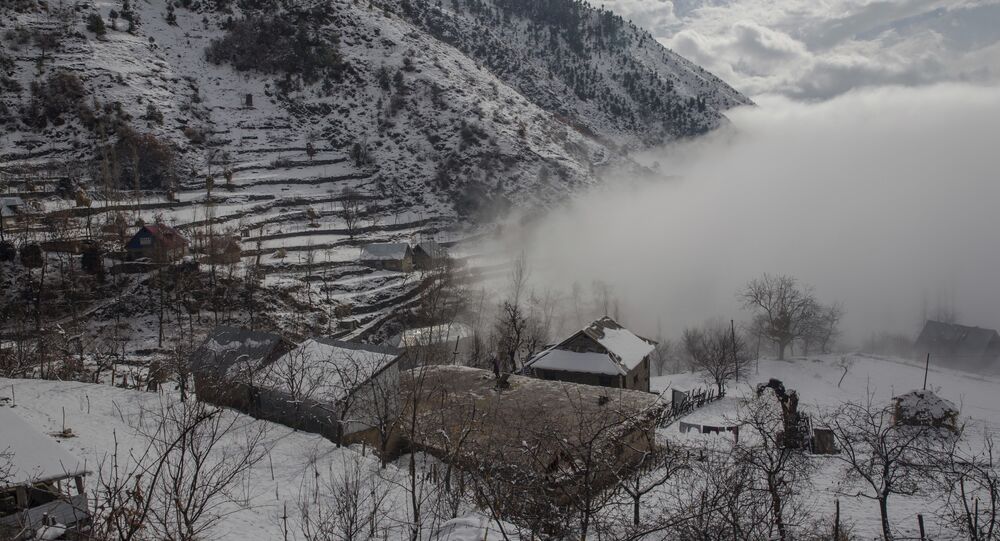 An inaccurate weather forecast has been the main reason behind India losing several soldiers to avalanches in the difficult Himalayan region every year. The government’s modern weather forecasting system project launched in 2014 has been running way behind schedule.

New Delhi (Sputnik) — Five Indian soldiers have gone missing since Tuesday morning following heavy snowfall in Kashmir. The soldiers deployed at the Gurez and Naugam sectors along the Line of Control (de facto border with Pakistan) are feared to have been trapped in an avalanche. A massive search and rescue operation is on, but continued snowfall and rains predicted for the next 48 hours have dimmed the hopes for those soldiers being rescued alive.

"Two soldiers fell down a slope in Naugam sector (Kupwara district) while three others went missing from a forward post in the Kanzalwan sub-sector of Gurez (Bandipora district) during heavy snowfall," Colonel Rajesh Kalia, an army spokesperson, said in Srinagar.

In February this year, 20 Indian soldiers died as they were buried by avalanches in Kashmir. Thousands of Indian soldiers guard the country's border with Pakistan and China along the Himalayan mountain range. Hundreds of soldiers have fallen prey to the extremely difficult weather conditions and inaccurate forecasts during the last few years.

© AP Photo / Shailesh Bhatnagar
Heavy Rains Continue to Lash Himalayan Foothills; Thirteen More Deaths Reported
India plans to set up a web of Doppler radars across the treacherous Himalayan region especially at the border with China and to replace all the weather forecasting systems with Doppler radars by 2019 under the integrated Himalayan meteorology program. However, the $45 million program started by the Indian government in August 2014 is far behind schedule.
...
Reddit
Google+
Blogger
Pinterest
StumbleUpon
Telegram
WhatsApp
20

India opens up strategic glacier in Himalayas to tourists