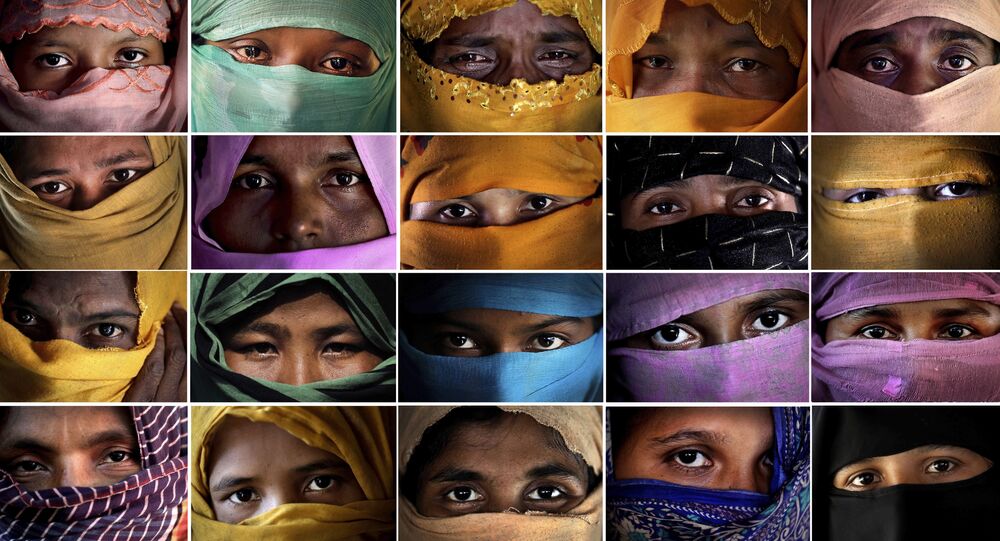 An investigation conducted by The Associated Press has shown that Rohingya Muslim women were victims of systematic rape by Myanmar’s military forces during the alleged government-backed "ethnic purges" in Rakhine State.

The violence against the minority group has forced many to flee to neighboring Bangladesh, and while the government of Myanmar denies reports of atrocities, the Rohignya women and girls share their stories of horrifying sexual assaults committed by Myanmar’s armed forces.

The survivors of "methodical" and "sweeping" rape told that they were brutally attacked by groups of servicemen. The report is based on the interviews of 29 women and girls, who agreed to be identified in the report only by their first initials, fearing the security forces would kill them or their families.

Pramilla Patten, a UN envoy on sexual violence in conflict, who had a chance to speak to the victims, had previously said that the alleged atrocities against the Rohingya women and girls by the armed forces "may amount to war crimes, crimes against humanity and genocide." Patten said that sexual violence was a push force for more than 620,000 Rohingya to flee.

© AP Photo / Dar Yasin
Rohingya Muslims, who crossed over from Myanmar into Bangladesh, wait for their turn to receive food handouts distributed to children and women by a Turkish aid agency at Thaingkhali refugee camp, Bangladesh, Saturday, Oct. 21, 2017

While the UN envoy blamed the military for having "commanded, orchestrated, condoned and perpetrated" that type of violence, Myanmar’s officials have denied rape allegations and instead accused Rohingya women of lying about being raped.

The testimonies, revealed by The Associated Press, backed the UN’s stance that Myanmar’s security forces are using sexual violence as a "calculated tool of terror" in their pursuit of Rohingya "ethnic cleansing."

Rohignya Muslims remain the most persecuted minority group in the Buddhist country. The conflict between Myanmar’s armed forces and Rohignya militants in Rakhine state intensified on August 25, 2017, when Muslim insurgents attacked security posts in the state. The attack resulted in clashes, the deaths of hundreds of Rohignya and probably the world’s fastest growing refugee crisis.