As Bitcoin prepares to make a foray into futures trading, experts in India have warned that the government’s resistance to the virtual currency is futile as making it illegal would mean all such transactions would be made below its radar, causing losses to the exchequer.

New Delhi (Sputnik) – India's central bank RBI has once again warned users, holders and traders of virtual currencies including Bitcoins about the potential economic, financial, operational, legal, customer protection and security-related risks associated with cryptocurrency speculation. RBI's cautionary note comes within a week of a similar warning, made by the deputy governor of China's central bank at an event in Shanghai.

"So there's only one thing we can do…watch it from the bank of a river. One day you'll see Bitcoin's dead body float away in front of you," Pan Gongsheng, deputy governor of the People's Bank of China had said.

© AFP 2019 / Justin TALLIS
Regulators' Concern at Bitcoin Activity 'Not Surprising' – MacroDigest Founder
The RBI had issued a similar statement in February this year, a few months after the Narendra Modi-led government had devalued currency notes then in circulation in a bid to punish black money hoarders. A year later, RBI is witnessing a significant spurt in the valuation of many virtual currencies.

"In the wake of a significant spurt in the valuation of many VCs and rapid growth in Initial Coin Offerings, RBI reiterates the concerns conveyed earlier," the bank said on December 5.

#bitcoinnews — With high demand driving the prices of Bitcoin to record heights worldwide, cryptocurrency experts and the Reserve Bank of India have reiterated concerns involved in the investment in highly volatile market of Bitcoins

​"The cryptocurrencies are already widespread in India. It would not be surprising that a significant amount of demand in Bitcoins originated in India since the demonetization in November 2016. With almost 90% of the Indian economy being informal, there is just no way the state can impose its diktats in any effective way," Sanjay Sharma, MD, a QuBrex — Gurugram based real estate exchange told Sputnik.

​If cryptocurrencies are making headway into major economies like India and China, why aren't the regulatory authorities taking any concrete action?  While answering the question Prof. NR Bhanumurthy, an economist at India's most influential think tank NIPFP, told Sputnik, "While the RBI has warned on this issue a number of times, regulating them (cryptocurrencies) is a difficult proposition, mostly due to their illegality and the inability to track them (as most transactions happen on wire without any borders) the cryptocurrency." 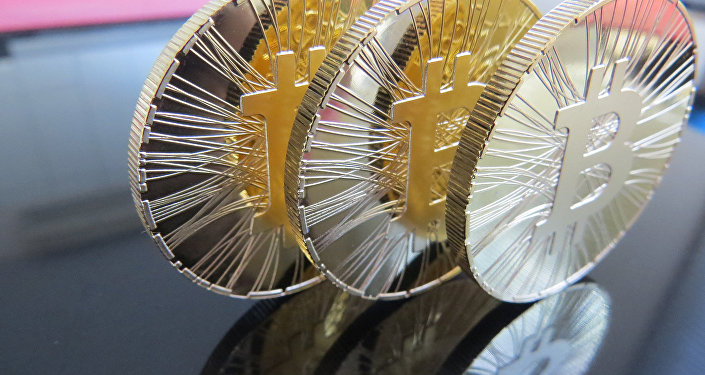 © Flickr / Antana
India’s Cash Crunch Sends Bitcoin Soaring Towards New High
But the people involved in the cryptocurrency business and those who have an understanding of cryptocurrencies link the resistance against the virtual money with the states' attempt to control the redistribution of wealth.

"If cryptocurrencies were to become a significant part of the economy, then China and India would lose the script of the economy. The rules of cryptocurrencies like Bitcoin are designed to prevent manipulation by states to redistribute wealth. There is a fixed amount of cryptocurrency, and its creation every day is known and controlled. You can't print an excess of it to give to the entities you favor and make everyone eventually pay for this largesse via inflation. In essence, the rules which underlie the cryptocurrencies like Bitcoin are designed to take away manipulation of currency by states, and that is mortifying for both China and India," Sanjay Sharma added.

But, the fact is; apart from India and China, other countries throughout the world are also up in arms against the use of cryptocurrencies. Bangladesh and Indonesia have barred the use of Bitcoin as a payment tool. Even in Europe, many countries are warning investors against investing in Bitcoin but demand for Bitcoins is skyrocketing each day. Presently, Bitcoins are being traded for more than $14,000 each.

In India, where the central bank has not yet expressed its resolve to bring about any regulatory framework, the number of users is doubling every three-four months on trading platforms. Schemes like multi-level marketing are expected to further push cryptocurrencies into the informal sector, which comprises 90% of the Indian economy. 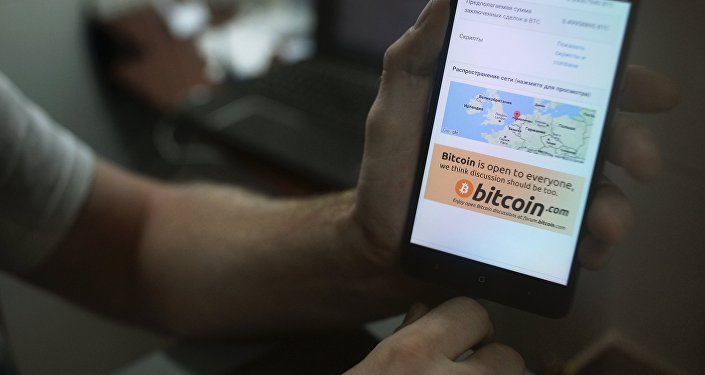 Given these scenarios; will the Indian economy face any serious trouble?

"By not learning to coexist with cryptocurrencies, the Indian government is just making sure that most of these transactions will happen below its radar. This has serious implications on the taxes it can collect. The lower the tax collection, the more this government is likely to increase its tax terrorism. More tax terrorism, more of it will go under the radar. It is a fight the Indian Govt cannot win," Sanjay Sharma concluded.