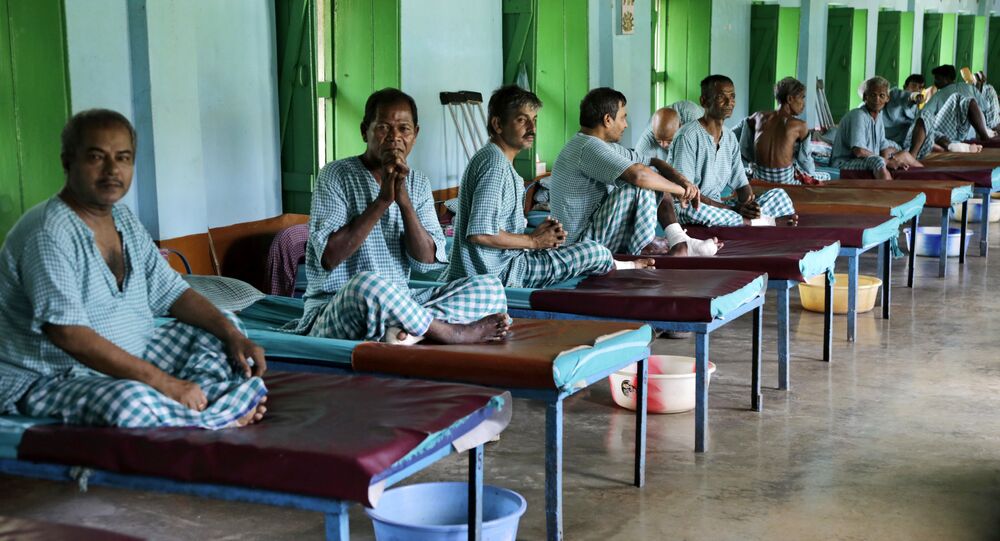 Despite Leprosy being declared completely curable, India that shares 70 percent of the global Leprosy burden has almost 119 archaic laws that allow physical and social isolation of those affected by the disease.

New Delhi (Sputnik) – India's apex court has asked the union and the state governments to give their respective views on why should the archaic laws that contribute to the stigmatization of Leprosy be retained. The Supreme Court of India was acting on a Public Interest Litigation (PIL) filed by advocacy organization Vidhi Centre for Legal Policy.

"From disallowing a leprosy-affected person from fighting a local body election to the dissolution of marriage, these archaic laws sanctions isolation of those afflicted with the disease. It even can allow a person to be debarred from an educational institution. We are glad that the Supreme Court has taken a view on these laws and have asked the Centre and States to respond," Dhvani Mehta, Senior Resident Fellow, Vidhi Centre for Legal Policy told Sputnik.

© AP Photo / Mukhtar Khan
Indian Court Continues Hearing Into Controversial Islamic Divorce Law
The petition in the apex court seeks to quash 119 laws as unconstitutional and discriminatory. The bench comprising of Chief Justice Dipak Misra and Justices A M Khanwilkar and D Y Chandrachud heard the petition and sought government's response on why should leprosy patients be kept in isolation when a complete cure was available?

Organizations fighting the discrimination against leprosy patients in India have welcomed the court's intervention but are still concerned about the fact that social stigmatization is beyond the purview of the law.

"We are happy that the apex court has intervened on this matter. Now the concern is that legally it may be fine but social discrimination shall continue for many don't know that the condition is curable. India has around 70 percent of the global leprosy problem but the response is not proportional to it," Nikita Sara, head of advocacy and communication at The Leprosy Mission told Sputnik.

© Flickr / Calcutta Rescue
World's First Leprosy Vaccine to Enter Trials in India
India needs to take up a massive campaign against the menace of leprosy and it has to be something which sensitizes the masses and helps people come out of the closet and seek the cure as well as help society have an informed view about the disease, Nikita Sara added.
...
Reddit
Google+
Blogger
Pinterest
StumbleUpon
Telegram
WhatsApp
11