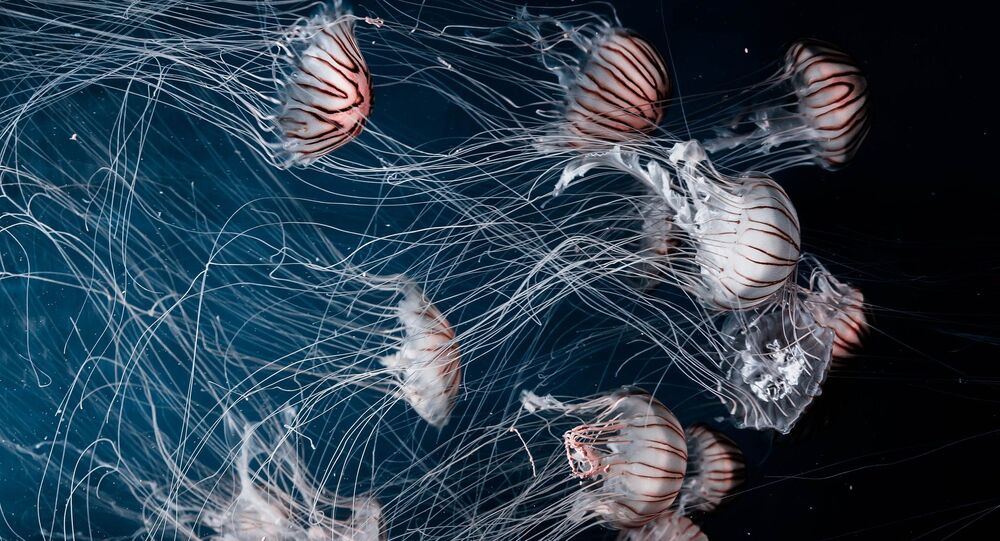 Upon discovering that swarms of mush-like jellyfish are apparently a threat to its new aircraft carrier, The Liaoning, Beijing quickly moved to develop applicable methods on how to deal with the problem.

One of the techniques, called a "jellyfish shredder" has lately been put to the test, according to Hong Kong’s South China Morning Post.

The new counter-jellyfish mechanism consists of a net, several hundred meters long and wide, which is towed by a tugboat ahead of the carrier. As it moves it sweeps a path through coastal waterways, freeing them of enormous masses of jellyfish, which then get mashed into a sticky soup once stuck in the cooling vents. 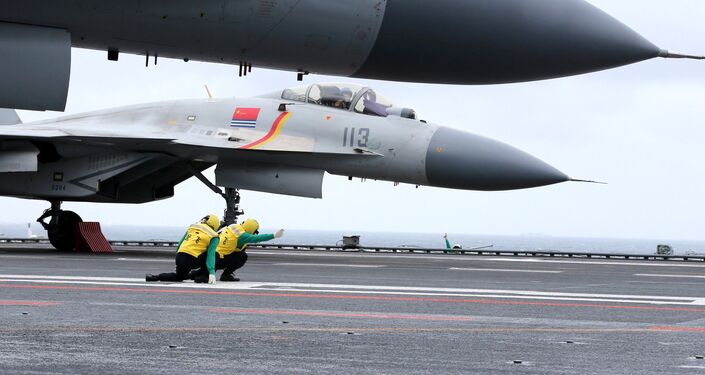 © AFP 2020 / STR
This photo taken on January 2, 2017 shows Chinese J-15 fighter jets on the deck of the Liaoning aircraft carrier during military drills in the South China Sea

One of the solutions currently in use is to pump the waterways with bubbles, forcing jellyfish to surface and spread chemicals upon them. Yet, another issue arises as fish, having eaten poisoned "jellies", appear on dinner plates, sparking concern with scientists and locals alike.One of the downsides to the technique is reportedly a further migration of stingy creatures to coastal areas popular with swimmers, since their bites feel itchy and may cause inflammation or in the worst case prove to be lethal, experts argue, citing some sort of "active venom" in jellyfish bodies.

Jellyfish irruptions are pressing for urgent action along the Chinese coast, since their worrisome quantities signal a mass environmental upheaval which the country is currently facing following its sweeping construction projects in the South China Sea.