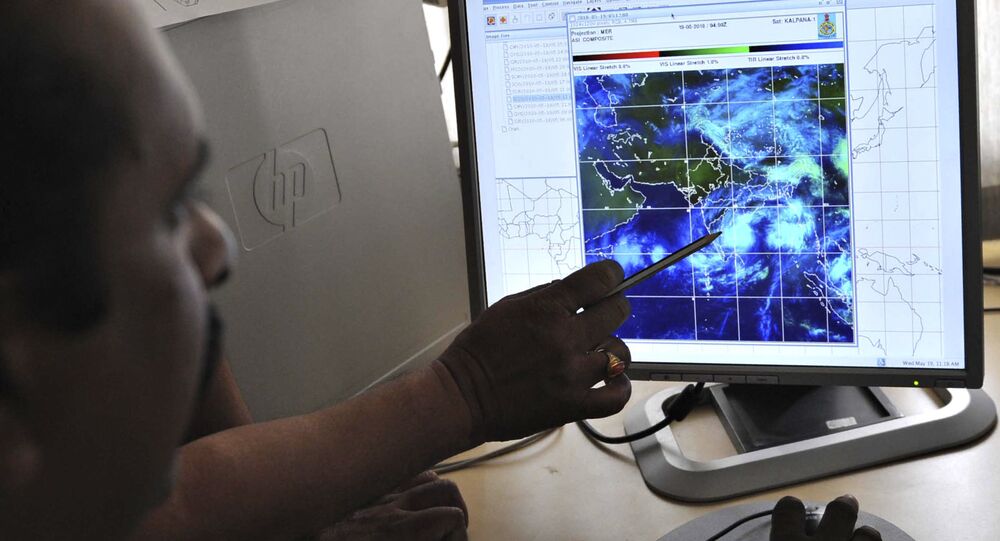 Cyclone Ockhi has hit India, causing deaths, damage and evacuations across the country. The country's Disaster Response and Navy forces are on standby.

MOSCOW (Sputnik) — At least nine people were killed and about 90 people went missing in southern Indian regions as a cyclonic storm hit the area, the NDTV broadcaster reported Friday.

According to the media outlet, the National Disaster Response Force (NDRF) and the country's Navy forces are on standby to move towards the Lakshadweep islands for search and rescue operations.

Cyclone Ockhi hit the states of Kerala and Tamil Nadu, causing a storm which has uprooted hundreds of trees and made local authorities close schools in seven districts, as well as evacuate hundreds of people.

Cyclonic Storm #Ockhi expected to arc across the Arabian Sea with possible landfall over north-western #India next week. pic.twitter.com/DPZhFs2c4X

The tough weather conditions have also caused transport delays in Thiruvananthapuram with trains canceled or re-scheduled due to heavy rainfall overnight and the forecast of further rains.

According to the India Meteorological Department, the wind speed in the southern part of Tamil Nadu stands at up to 46 miles per hour and up to 37 in its northern regions.