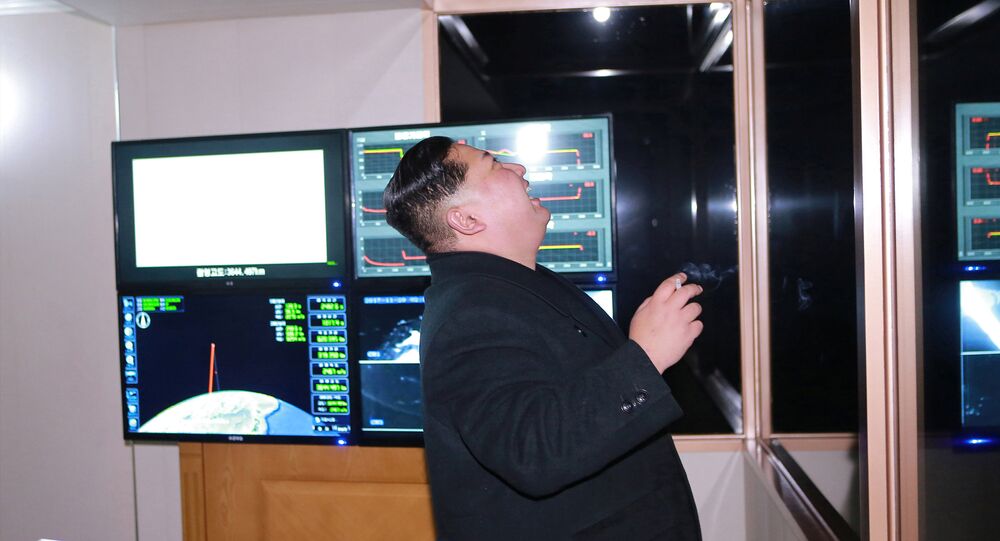 The South Korean Defense Ministry has stated that the intercontinental ballistic missile recently tested by Pyongyang could potentially reach the territory of the United States.

MOSCOW (Sputnik) — South Korea’s Defense Ministry on Friday deemed the recent missile test by the North a success, saying it was a new type capable of traveling over 13,000 kilometers (8,000 miles), the Yonhap news agency reported.

"It's assessed that the flight test was successful. In the case it was fired at a normal angle, it would be capable of flying over 13,000km. That means it can reach Washington D.C.," the ministry said.

North Korea has tested a Hwasong-15 on Wednesday with the intercontinental ballistic missile fired at a very steep angle and reaching an altitude of 4,475 kilometers (2,780 miles), flying 950 kilometers (590 miles) before splashing down off the Japanese coast.

According to the South Korean military, the Hwasong-15 had an appearance and features that were quite different from the previous model, the Hwasong-14.

In his turn, Pentagon chief James Mattis stated shortly after the launch that the latest test "went higher, frankly, than any previous shot they've taken." Previous estimates of exactly how high the missile traveled vary, but the projectile seems to have reached at least some 3,000 miles, and was described as being capable of striking anywhere on the globe.

In the wake of President Donald Trump's statement promising to tighten sanctions on North Korea, the US and Chinese top generals have held a number of meetings following the latest missile launch.