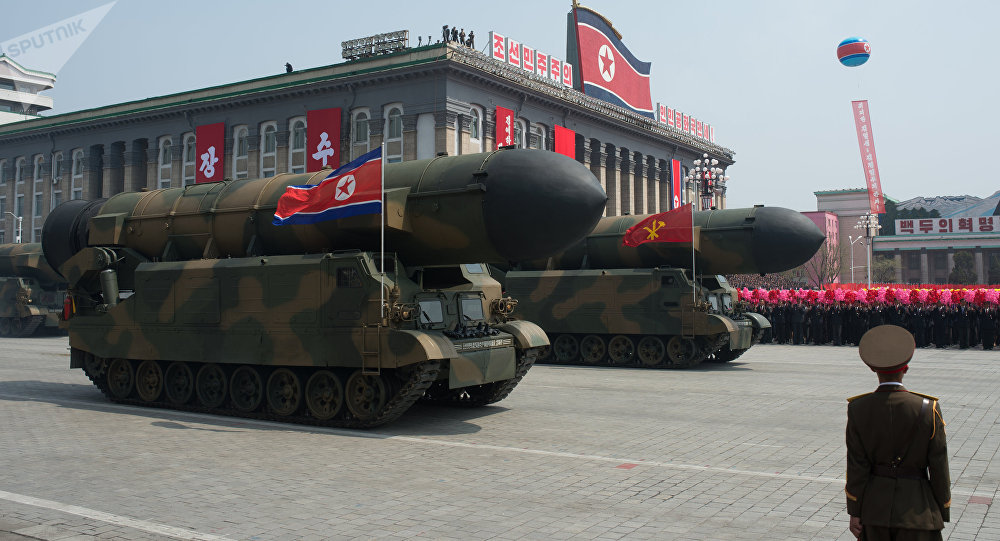 Russian officials explained the situation around the North Korean nuclear program upon their arrival from a meeting with the North’s deputy foreign minister Sin Hong Chol and Ri Su Yong, vice chairman of the Workers' Party of Korea and the head of a foreign affairs committee in Pyongyang.

"They expect that the Hwasong-15 ICBM will put them on par with the US and guarantee them peace. This is their position: they wanted to demonstrate what they are capable of," Alexei Chepa said upon his return from Pyongyang.

© AP Photo / Wong Maye-E, File
Russia Assessing Possible Outcome of North Korea Military Option
North Korea fired another ICBM on Wednesday that flew nearly 2,800 miles into space. It splashed down in the Sea of Japan within that country's exclusive economic zone which extends roughly 230 miles from the edge of its territorial sea.

"After this launch, North Korea will probably be ready to talk on new conditions," the Russian legislator suggested. He said the North's leadership justified the test by continued threats to its security coming from the United States.

Chepa noted however, that North Korea’s government has not accepted the Russian-Chinese initiative that suggests it give up nuclear ambitions in return for an end to military drills by allies close to its borders.

"North Korea has so far rejected the plan on how to settle this situation. What has been put forth by Russia and China, the double-freeze process, North Korea has been unperceptive," said Chepa, who was part of a delegation of Russian legislators who travelled to North Korea.

Kazbek Taisayev, who led the delegation of Russian legislators to the meeting in North Korea, told Sputnik that Pyongyang was ready to discuss a Russian-proposed roadmap on how to end the nuclear crisis on the Korean peninsula.

"We discussed this initiative of ours… They are ready for a dialogue," he said. "They are ready for talks. But they obviously mistrust everyone, except for Russia. My impression is that only Russia could act as a guarantor in such talks… They deem the US impossible to negotiate with," said Kazbek Taisayev, in charge of a Russian parliamentary group coordinating with the North’s legislature.

"We suggest a road map, so that in the future, not now, North Korea could give up on its nuclear program. We have discussed this issue with our colleagues, but they replied by saying that 'we will never give up on the nuclear program amid the current situation,' another member of the Russian delegation to Pyongyang, Vitaly Pashin said. The North Korean authorities said they had been forced to be aggressive, the lawmaker added.

"They say, we [North Korea] have launched a ballistic missile… intentionally to be sure that we are safe," Pashin said. 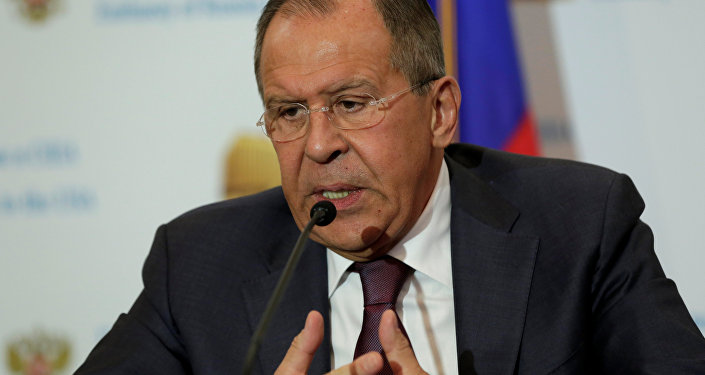 © REUTERS / Yuri Gripas
US Continues to Provoke North Korea - Lavrov
Tensions on the Korean peninsula escalated Wednesday after the North launched its new intercontinental ballistic missile in violation of UN Security Council resolutions. Pyongyang claimed the ICMB put all of the US territory within its striking range. The government of the country immediately came under harsh criticism from the international community. Pyongyang argues however, that nuclear status would protect it from US hostility. North Korea has launched several missiles in recent months and held its largest nuclear test in September.
...
Reddit
Google+
Blogger
Pinterest
StumbleUpon
Telegram
WhatsApp
153