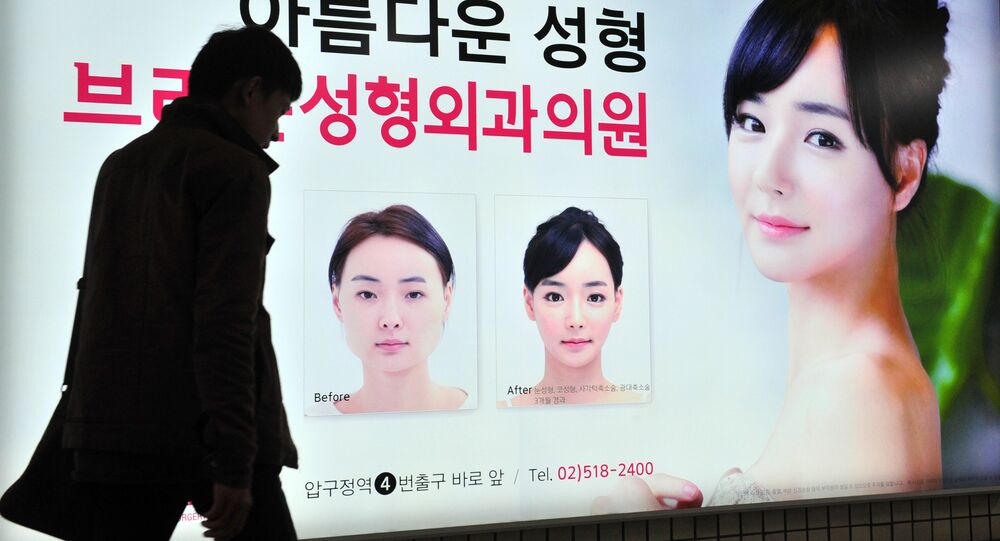 The move came as a response to complaints submitted by more than 1,000 commuters who were concerned that the images were promoting "an unhealthy and distorted view of women's body images."

© Photo : Pixabay
The 'Dolls of Culiacan': New Plastic Surgery Craze Sweeps Mexican Cartel Land
Going ahead, officials said a ban will be imposed on such ads as well as enforcing a stricter review of ads, Korea Herald reported. Seoul Metro will also be creating a new review board to prevent any plastic surgery posters from seeing the light of day at its metro stations.

"We're going to replace subway commercial ads with cultural, artistic, and public services ads even if we have to endure a drop in revenues," a Seoul Metro official told Chosun Media.

Empty spaces will be filled with ads promoting art and culture, the outlet noted.

The Vogue of Plastic Surgery: Exploring the Unhealthy Obsession With Beauty

Obama's 'Surgical Strikes' Against Daesh 'Should Not be Plastic Surgery'