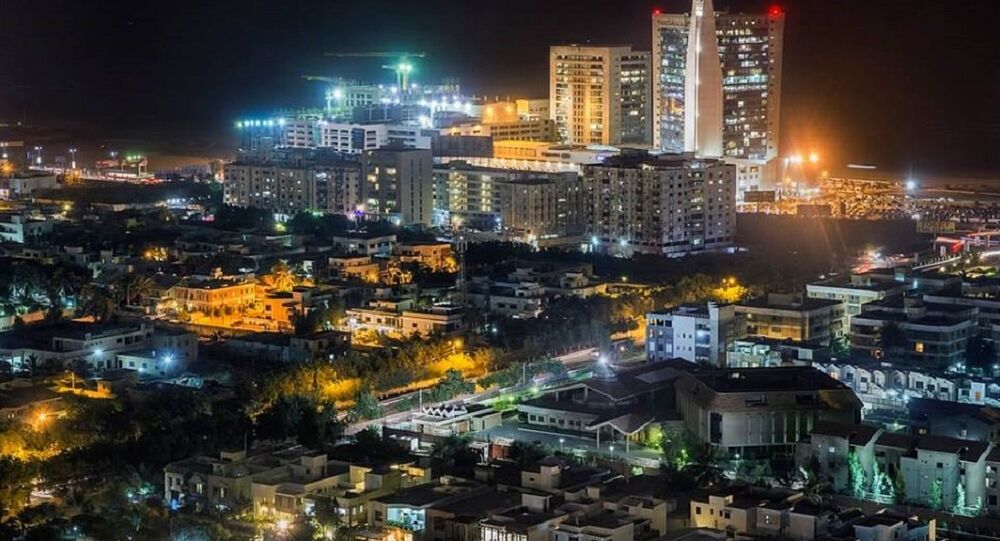 Pakistani police have discovered two bodies that they believe to be the victims of an “honor killing” case that has already led to 10 arrests. The dead duo are a husband and wife who were allegedly murdered by members of both their families after they eloped without consent.

The bodies of Abdul Hadi, 24, and Hussaini Bibi, 19, were ultimately exhumed from a cemetery in the port city of Karachi, Pakistan's largest and most diverse city. They had been missing for three days prior to the discovery of their graves, and bloodstains found in their home had indicated to police that they'd met with foul play.

Rohina Hasan, a doctor with the Abbasi Shaheed Hospital that performed the autopsy, told AFP on Tuesday that Hadi and Bibi were strangled to death.

Police reported that the couple had been killed by their families, stuffed into gunny sacks, then buried in unmarked and separate graves in a nearby cemetery. The murders are allegedly an honor killing perpetrated by members of both victims' families, including Hadi's father. Other family members suspected of involvement in the honor killings, including Bibi's father, are still at large.

Reportedly, Hadi was already married with three children, but ran off with his cousin Bibi and rented a house with her in Karachi.

Police added that the arrested family members claimed to have committed the murder on the orders of a jirga: a tribal council meant to serve as arbiters in local disputes and act as a pseudo-judicial system to supplement Pakistan's grossly backlogged legal system.

Jirgas have been accused of institutionalizing inhumane punishments such as honor killings and revenge rapes, making them a controversial subject in Pakistan. A 2011 national law gives the police the power to arrest jirga members who order "anti-women" activities such as gang rapes and honor killings, but human rights groups claim that they continue to order abusive punishments.

Even more troubling is that the murder took place in a major city, not the tribal areas where jirgas are most influential. "This is Karachi, not a tribal area. How was a jirga held here?" asked Murad Ali Shah, the chief minister of Sindh province, which includes Karachi.

Around 700 to 1,400 Pakistanis, mostly women, are murdered every year as the result of honor killings for bringing "shame" on their family. Horrifying incidents include 15-year old Bahkt Jan and her 17-year old boyfriend being electrocuted by her father in August and 18-year old Zeenat Rafiq being burned alive by her mother and brother in January, both of which have attracted significant attention from human rights groups.

Most perpetrators walk free due to a Pakistani law that allows one to avoid punishment for their crime if a member of the victim's family forgives them. The loophole was closed in 2016, although honor killing perpetrators can still dodge capital punishment with a family member's forgiveness. Human Rights Watch reported that the "harsher punishments do not automatically translate into justice for women" and called for more reform in September 2017.