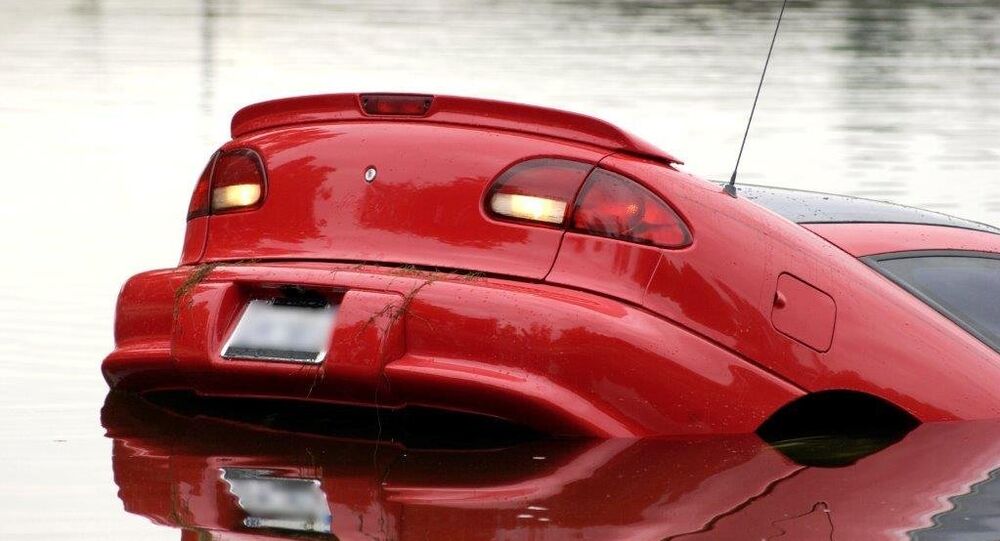 A man from eastern China came up with a devious plan, which included driving his car into a river and shifting the blame on a friend, after he found that the compensation would bring him more money than reselling the car.

In an attempt to make a dishonest profit from his five-year-old Jaguar, a 39-year-old businessman in Wenling, China's Zhejiang Province, staged an accident that went fatefully wrong. The criminal idea to drive the car into a river came to him when the man discovered that the insurance coverage could earn him 500,000 yuan (about US $75,800), while the vehicle market value was only 400,000 yuan (US $60,700), local media reported.

© Photo : X-Matik
Joy Ride: Canadians Create a Kit to Make Any Car Self-Driving (VIDEO)
According to his plan, after drowning his Jaguar, the man would have called the police to blame his 29-year-old female friend for the "accident," assuming this would make their tale more believable.

To drive the car into the river, the man used special equipment remotely operated from his mobile phone; after that, the two jumped into the water.

The car owner then went to remove the incriminating equipment, while his friend returned to the riverbank to wait for him. After the businessman didn't return for a long time, the accomplice began to worry and eventually called for help. By the time the man was pulled out from the river, he was already dead, most likely after getting somehow stuck in the car.

© CC0
Now That's Multitasking! Nude Man Smashes Car Into Tree While Having Drunken Sex
The investigators started to suspect that the incident was preplanned when the woman failed to explain events clearly. Moreover, some of her belongings were found dry on the bank of the river. She later confessed that her friend had asked her to help with the scam.

The police have not reported yet whether she is facing any charges. As for the insurance company, it didn't make any payouts over the incident.

Man in China Avoids Getting Killed in Car Accident, Twice in 10 Seconds (VIDEO)