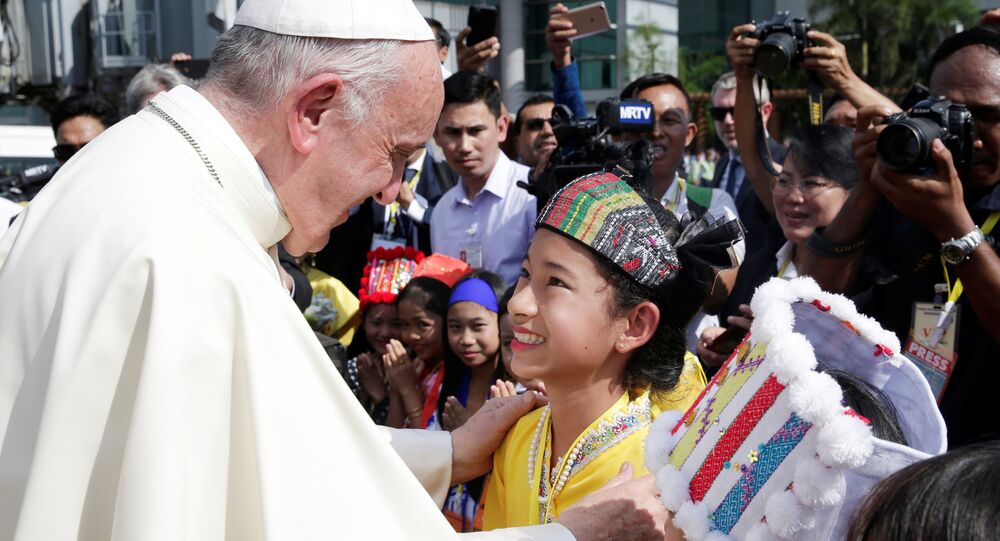 The Pontiff is due to hold private talks with Myanmar army chief Min Aung Hlaing later on Monday, amid the brutality of the ongoing crackdown of the country's military on the Rohignya people.

Pope Francis has arrived in Myanmar's largest city Yangon, in a visit that is due to be followed by his travelling to neighboring Bangladesh, where hundreds of thousands of Rohingya refugees have fled since the beginning of the Myanmar military's clampdown earlier this year.

"They say it's too hot [in Myanmar]. I'm sorry, but let's hope it will at least be fruitful," Reuters quoted Pope Francis as saying in an apparent reference to his visit this Southeast Asian country.

He is expected to meet a group of Rohingya refugees in Dhaka, the capital of Bangladesh, on the second leg of his trip.

#PopeFrancis has arrived in Myanmar. pic.twitter.com/Q24rfIi4Q3

Attacks by Muslim insurgents of Rohingya origin on police posts in late August provoked a harsh response from Myanmar's government.

The military launched an operation in the villages of Rakhine State, which forced more than 600,000 Rohingyas to flee the violence in the country to bordering Bangladesh, prompting international condemnation.