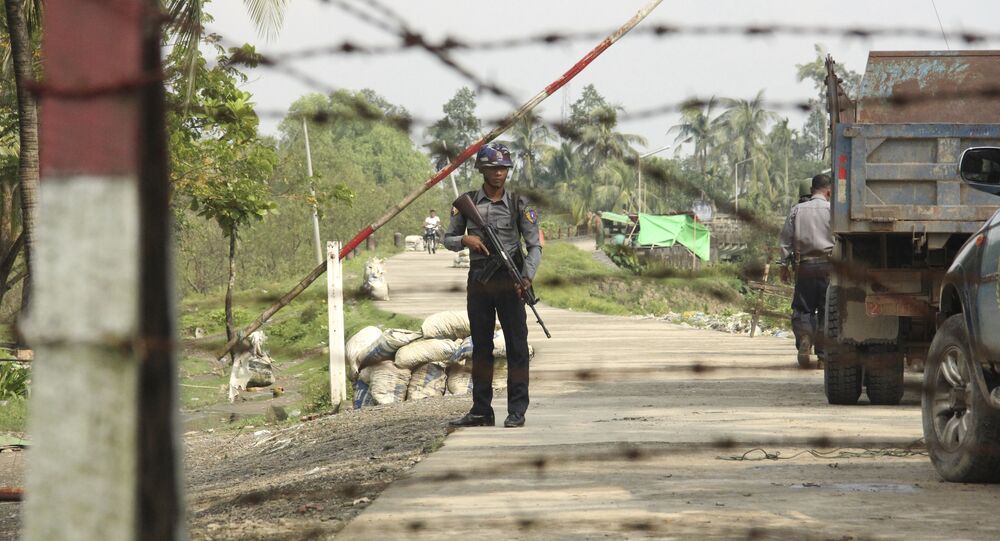 There may be less information about the crackdown in Myanmar's Rakhine state, but only because reporters are allegedly being targeted by the troops.

The Guardian cited Rohingya refugee Mohammad Rafique, who currently edits a Rohingya community news portal, as saying that "over 95 percent" of Rakhine's mobile reporters had gone missing since the military's reported clampdown on them started.

"Burmese security forces and Rakhine militia are still committing rapes, killings and arson in the Rohingya villages. But [as] the Rohingya mobile reporter network [is] dysfunctional there now, the detailed information of the violence, which we need to produce credible media reports, is not reaching us," he said.

According to Rafique, both international and Rohingya media outlets as well as human rights groups "are being starved of information from Rakhine now."

He was echoed by Bangladesh-based Rohingya community spokesperson Ko Ko Linn, who touted "detailed information" about actions by Myanmar's military in the Rakhine state collected by local mobile reporters.

Thanks to this information, the international community got to know "how exactly the security forces and their Rakhine militia partners committed excesses in the villages in the name of a security crackdown," The Guardian cited Linn as saying.

Adilur human rights group spokesperson Rahman Khan Odhikar, in turn, said that scores of "young Rohingya rights defenders" had fallen victim to "enforced disappearances" at the hands of "the security forces in Myanmar," which he said is part of the Myanmar military's effort "to sabotage the plan of the international human rights groups to gather evidence."

Phil Robertson, a representative of Human Rights Watch, described the situation as "a critical missing piece of the puzzle to understand what's happening on the ground" in Rakhine state.

The Rohingya crisis, which saw its origins in a conflict between the Muslim minority and the country's Buddhist majority, intensified on August 25, 2017, when Muslim insurgents of Rohingya origin attacked security posts in Myanmar's Rakhine state.

The Myanmar military's subsequent brutal crackdown led to a number of clashes and the death of hundreds of Rohingya people. According to the International Organization for Migration, the violence drove more than 610,000 Rohingya refugees across the border to Bangladesh.