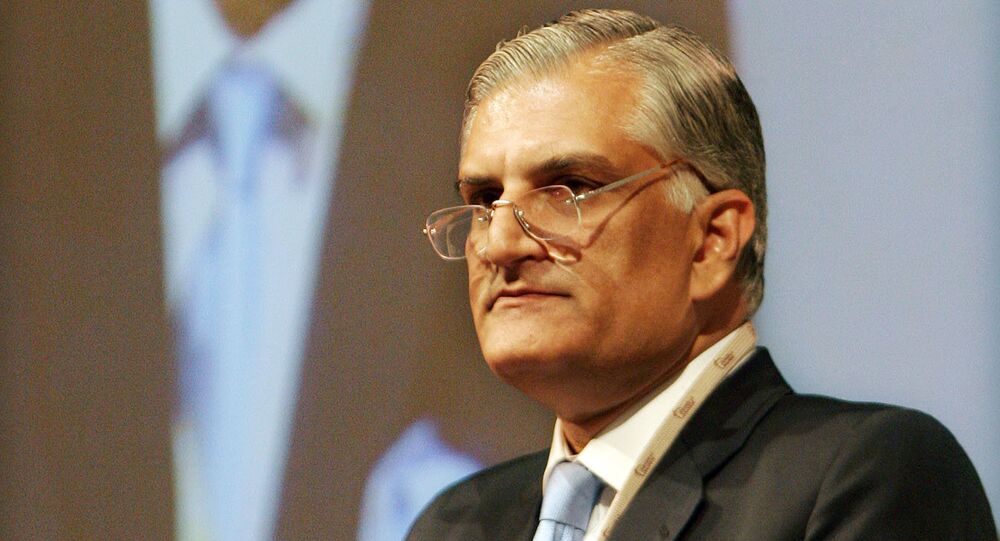 Pakistani Law Minister Steps Down Amid Protests in Capital

On Sunday, Pakistan's opposition Tehreek-e-Insaf party demanded the resignation of the interior minister and prime minister over the failure of the government to deal with the national unrest caused by mass protests.

According to the Express Tribune newspaper, Hamid voluntarily tendered his resignation to Pakistani Prime Minister Shahid Khaqan Abbasi. Hamid's stepping down was reportedly one of the protesters' main demands.

Hamid indicated that this decision had been taken in order to lead the country out of its critical situation. The official pledged to make a full statement regarding his retirement later, the newspaper added.

The leader of the opposition Tehreek-e-Labbaik party, Khadim Hussain Rizvi, officially appealed to the protesters to disperse, according to the Geo TV broadcaster.

Despite an agreement with the government and Rizvi’s appeal, the demonstrators were still present at many sites across the country.

The Pakistani capital Islamabad has been gripped by protests over the past several weeks. The social unrest was triggered by the decision of Pakistani authorities to amend the election act by excluding the provision which required candidates to recognize the Prophet Muhammad as God's final prophet.

Earlier, the Pakistani government decided to use the army to disperse the protesters in the country.

Pakistani authorities called on the activists to disperse and resorted to force after the rioters refused to obey. According to local media, the clashes between the Pakistani security forces and protesters have resulted in six deaths and 200 were injured.