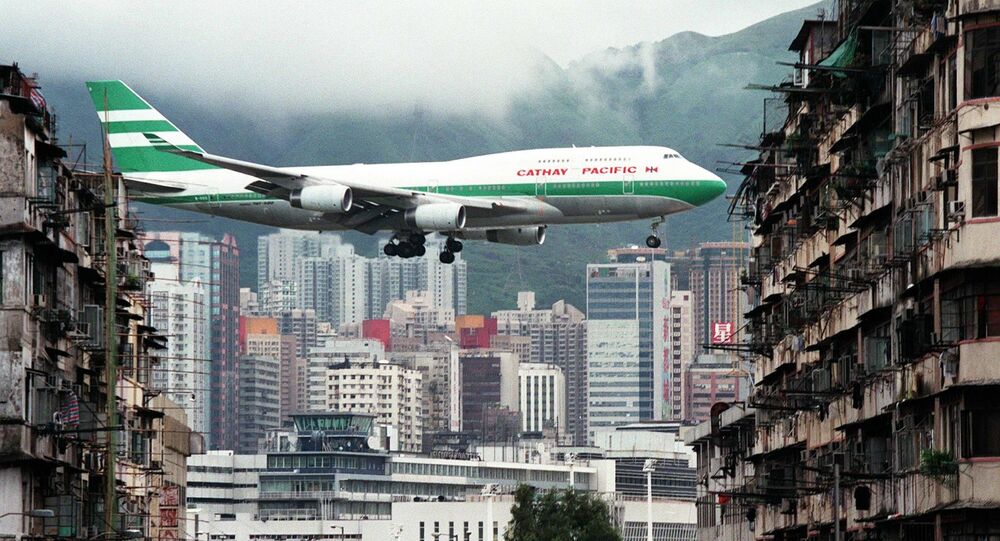 From the Cave to the Grave: Hong Kong is Moving Underground

There are 7 million people living in the 427 square miles of Hong Kong, and the urban clutch can no longer house its population, and is running out of space for new living spaces. Many existing skyscrapers have maxed out city height limitations and the only feasible solution for authorities is to go down, digging into the rock, according to Wired.

© AP Photo / Kin Cheung
A Sure Bet: Hong Kong Parking Spots Better Investment Than Living Spaces
While the idea of underground homes might frighten some, there is no reason to fear as, according to city authorities, residents will continue to live under sky and sun, but the it is city facilities that will be moved into caverns, including data centers, reservoirs, and storage facilities.

According to the Wired, there are also lower priority options, such as archives, oil, gas, or wine storage, bicycle and car parking, laboratories, and sports facilities. Besides, the caverns might house mortuaries, crematoriums and death-related processing facilities.

"What we are thinking is, if we can best use the underground space resources, we can turn the constraint into an opportunity," said Tony Ho, chief geotechnical engineer for the Hong Kong Special Administrative Region civil engineering and development department.

Currently, the city has designated 48 caverns, ranging from 0.1 to 0.8 square miles in size, for development. These were selected following a 2017 study, and six additional studies for future projects are underway.

This is a long run, though, as the only project that has currently made it out of the design phase is the relocation of the Sha Tin sewage treatment facility now located near Shing Mun River, beneath nearby Nui Po Shan hill. That project, estimated to cost some $3 billion, will take 11 years, and begin at some point in 2018 or 2019, according to the South China Morning Post (SCMP).

After relocation, the area reclaimed from the original sewage facility will be made available for the construction of residences, the website reported.

© AFP 2020 / Alex Ogle
Kickin’ It: Hong Kong Runs Out of Space to House Its Dead
Other projects remain in the design phase, and will take a long time before actual construction work will begin.

However, proponents of the idea remain optimistic, saying underground real estate is even more interesting for long-term investors, since caverns, once built, will cost much less to operate.

"Once you build this structure in rock, there's nothing to do. It's just there, forever. Whereas any other structure you build, you have to maintain it," said OckhamKonsult's Thom Neff, a civil engineer with extensive experience in tunnel construction.

"The total lifecycle cost of these structures is really favorable for people who are thinking long-term," he added.