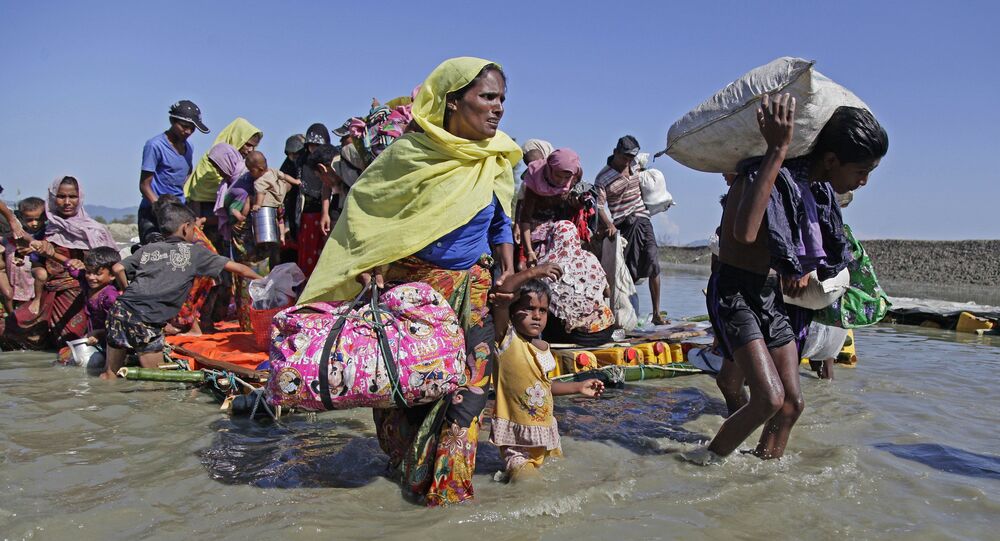 Myanmar and Bangladesh have recently signed a repatriation agreement on the return of hundreds of thousands of Rohingya Muslims who fled Myanmar's Rakhine state into Bangladesh.

"Both countries [Bangladesh and Myanmar] agreed to take help from the UNHCR [United Nations High Commissioner for Refugees] in the Rohingya repatriation process," Bangladesh's Foreign Minister Abul Hassan Mahmood Ali said addressing a news conference in Dhaka, adding that "Myanmar will take its assistance as per their requirement."

"The signing of the deal is a first step. The two countries will now have to work on more steps," Ali stated, emphasizing that the priority is the refugees' safe return to their homeland.

Refugees arriving in Bangladesh are exhausted and need the most basic supplies. You can help. See: https://t.co/QBG9FLqXWC https://t.co/pCEGTu4Qf6

Speaking about measures needed to be taken in order to facilitate the Rohingya refugees return, the minister said, "Homes have been burnt to the ground in Rakhine, that need to be rebuilt. We have proposed Myanmar to take help from India and China in building camps for them."

The official's statement came just ahead of Pope Francis' visit to Myanmar and Bangladesh slated for November 26 to December 2 which is aimed at spreading "reconciliation, forgiveness and peace".

On November 23, Myanmar and Bangladesh reached a pact on the repatriation of refugees after the US declared the actions of military in the Rakhine state "ethnic cleansing" against the Rohingya, whereas in early November, Washington made one of its strongest efforts to intervene in Rohingya crisis introducing the bill on sanctions and travel restrictions on Myanmar's military officials.

Govt's of Bangladesh and Myanmar reportedly agreed on return of Rohingya refugees to Myanmar. @Refugees stresses the returns must be voluntary and take place in safe and dignified conditions. https://t.co/vyNRpcUz00 pic.twitter.com/nUC0sWfCVH

Rohingya militants' attacks on police posts in August provoked harsh response from the government with the military launching an operation in the villages of Rohingya, which forced more than 600,000 Rohingyas to flee the violence in the country to bordering Bangladesh and prompted worldwide condemnation.

On November 7, the UN Security Council issued a presidential statement expressing serious concern over human rights violations in Myanmar and deteriorating humanitarian situation in Rakhine state that could potentially further destabilize the situation in the region