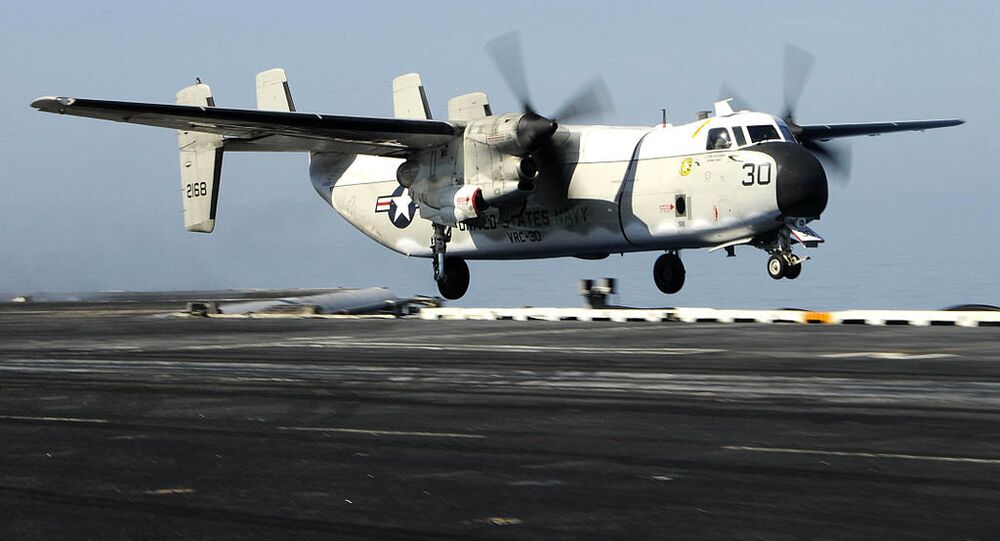 The US Navy ended its search and rescue operation Friday morning, local time, for three service members who went missing after a C-2A Greyhound transport carrying 11 people went down 500 nautical miles from Okinawa earlier this week.

US search vessels recovered eight of the 11 personnel originally aboard the C-2A, but after 36 hours the Navy ended the pursuit to save the remaining three. The eight people who were saved are reported to be in good condition, the US Navy said,

The Greyhound had taken off from the USS Ronald Reagan, a Nimitz-class aircraft carrier forward-deployed in Okinawa.

"Our thoughts and prayers are with our lost shipmates and their families," Rear Adm. Marc Dalton said in a statement released late November 23. "As difficult as this is, we are thankful for the rapid and effective response that led to the rescue of eight of our shipmates, and I appreciate the professionalism and dedication shown by all who participated in the search efforts," Dalton added.

US President Donald Trump was active on Twitter Friday morning, firing off tweets about an upcoming golf round with Tiger Woods, a phone call with Turkish President Recep Tayyip Erdogan, and a condemnation of peaceful NFL protesters who don't agree with police violence against African Americans.

The US leader made no reference to the lost US Navy sailors as of Friday afternoon, but he did condemn the most recent terror attack in Egypt's Sinai, which claimed at least 235 lives, according to state media.

Combined with two major accidents involving the US Navy's Seventh Fleet's USS McCain and USS Fitzgerald earlier this year, the incident involving the C-2A and USS Reagan brings the death tally from accidents in 2017 up to 20.