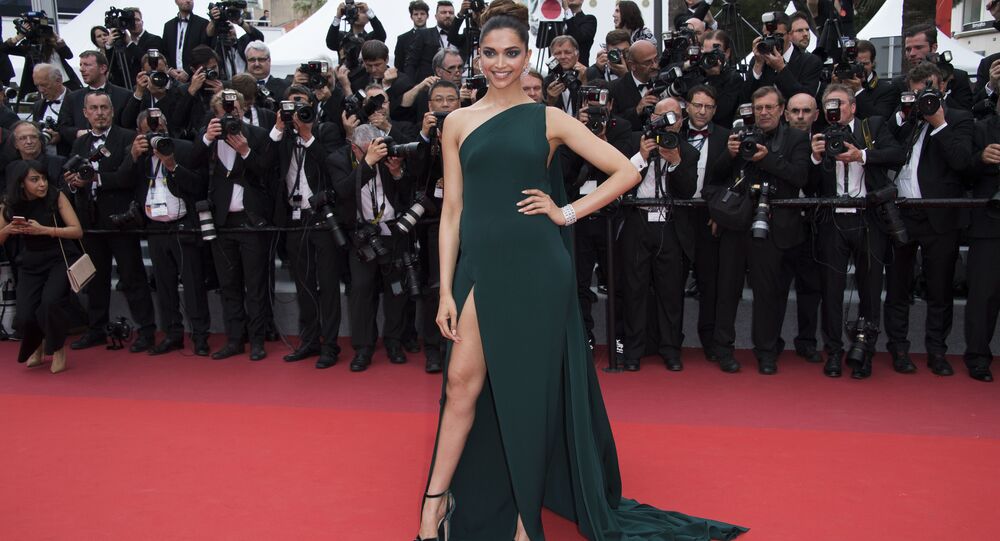 Deepika Padukone has been in the eye of the storm ever since she started shooting Padmavati – an epic period drama that portrays a legendary 13th-century Hindu queen as an object of desire of Allaudin Khilji – a Mughal Emperor who invaded and ruled Delhi during the same period.

New Delhi (Sputnik) — In a huge embarrassment to India's ruling party BJP, one of its leaders has been accused of threatening to kill Bollywood's leading lady Deepika Padukone for portraying the role of queen Padmavati in a yet-to-be-released film. Padmavati — the legendary Hindu queen of the 13th century is portrayed in the upcoming epic period drama as the object of desire of a Muslim Emperor Alauddin Khilji.

READ MORE: Bollywood Scandals That Would Even Make Weinstein Blush

In a video being flashed by the Indian media, BJP's chief media coordinator for the state of Haryana, Surajpal Amu is seen announcing a bounty of $150,000 for killing Padukone. He has also threatened to "break the legs" of Padukone's co-actor Ranveer Singh, who plays the role of Alauddin Khilji who once ruled Delhi.

"We do not want to take the law into our hands but if someone raises an eye at our sisters and daughters they will be punished. Modi-Ji (Prime Minister) you have to speak." BJP leader Surajpal is heard as saying in the viral video.

© Photo : Youtube / Viacom18 Motion Pictures
Bollywood Flick Gives a Hand to Modi's Drive to Make India Open Defecation Free
The film, directed by Sanjay Leela Bhansali, has been in the news ever since shooting started. Protesters spearheaded by politically influential Karni Sena — a Hindu outfit of the Rajput clan to which the queen belonged, have accused the film's team of distorting history by showing a Hindu queen in love with a Muslim ruler. Film sets were destroyed, box offices were smashed and shops were vandalized by protestors.

The film was scheduled to be released in theatres across India last Friday, but the release was deferred after the Indian Central Board of Film Certification, popularly called the censor board, withheld the movie's clearance claiming its paperwork was incomplete.

Meanwhile, three BJP-ruled states of Rajasthan, Uttar Pradesh and Gujarat made it clear that they would not screen the film citing law and order issues.