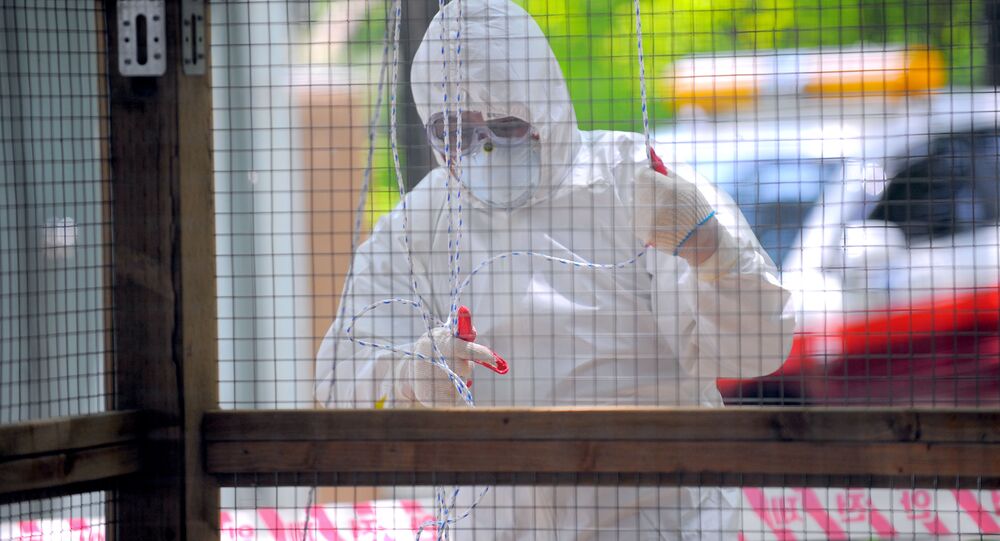 Quarantine has been introduced at all poultry farms in South Korea starting Monday to prevent spread of H5N6 bird flu strain.

TOKYO (Sputnik) — South Korea's Ministry of Agriculture, Food and Rural Affairs said that it had introduced quarantine at all poultry farms in the country starting Monday to prevent spread of H5N6 bird flu strain.

According to the ministry, the quarantine will last 48 hours.

The measures were prompted by the discovery of a bird flu case at a farm in South Korea's southwestern county of Gochang. The farm in question will be quarantined for a week.

The South Korean government on Sunday held an emergency meeting on preventive measures to coordinate the steps taken by relevant agencies.

South Korea has experienced several outbreaks of the disease since last year. The one that took place last November resulted in culling of over 33 million birds.