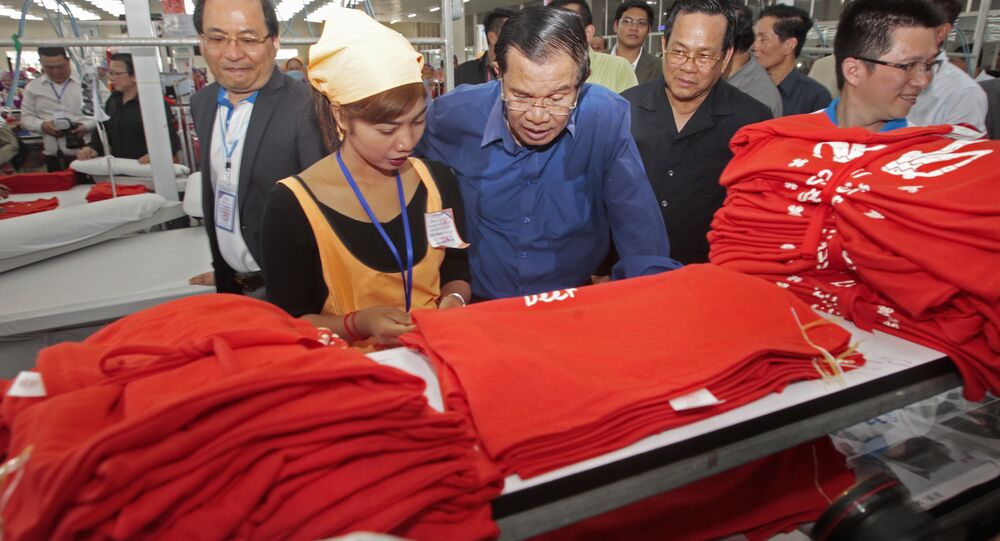 While silencing political opposition parties ahead of the 2018 Cambodian general election, the country's increasingly dictatorial Prime Minister Hun Sen has thrown down a gauntlet before the US by daring the White House to cut all foreign aid to his regime.

Taking a page from the belligerent notebook of his northern neighbor, Philippines President Rodrigo Duterte — who has repeatedly cursed, belittled and browbeat the US — Phnom Penh's combative Sen has invited Washington to end assistance, stating through state-run Fresh News that "Hun Sen […] welcomes and encourages the US to cut all aid," cited by Abc.net.au.

After the US announced its intention to cut monetary aid in support of the upcoming 2018 general elections as a result of Sen's government demanding that the country's Supreme Court render primary political opposition group Cambodia National Rescue Party (CNRP) illegal, the prime minister — acknowledging Chinese financial aid — asserted that he welcomed an end to US handouts.

"Sen confirmed that cutting US aid won't kill the government but will only kill a group of people who serve American policies," stated Fresh News.

The US embassy announced earlier this year that $1.8 million would be given to Cambodia to provide logistical support for the 2018 general elections, as well as a handful of preliminary local elections in 2017.

US State Department statistics noted that some $77.6 million was provided to Cambodia in 2014 for educational programs, government services, health networks and economic growth, as well as a program to clear unexploded US bombs left behind by Washington's aggressive promotion of its 20-year Vietnam War.

But no-strings-attached Chinese cash for big ticket infrastructure projects in Cambodia are seen to be encouraging Sen — the world's longest running prime minister, in power since 1985 — and his increasingly brash response to criticism by the West of his suppression of dissent.

"This is the end of democracy in Cambodia," said CNRP spokesman Yim Sovann, cited by the National Post, following its leaders being arrested, jailed and charged by Sen's administration with treason.

"We have not done anything wrong. We have fought for democracy," the opposition party spokesman added, noting high levels of support for the CNRP in earlier June elections.