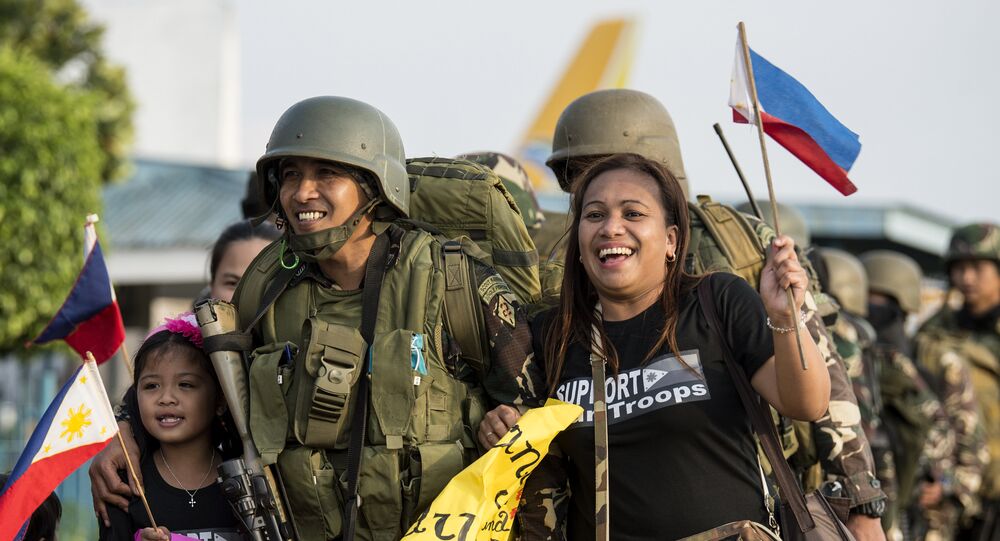 The US leader has congratulated Philippine President Rodrigo Duterte on the liberation of Marawi City from Daesh-inspired terrorists and allotted funds to help meet the humanitarian needs of displaced civilians.

Some $14.3 million, announced by Donald Trump, will "address the humanitarian needs of 360,000 displaced persons and to support stabilization and a speedy recovery" in the wake of the city of Marawi having been liberated from radicals, according to the White House.

The Philippine Army completed an operation to break the 154-siege of Marawi in late October. In May, Daesh-linked Maute group terrorists attacked the city, which led to numerous victims and the evacuation of civilians.

An additional $2 million will be allocated to support the Philippines' drug demand reduction campaign, kicked off by President Duterte in June 2016.

Donald Trump and Rodrigo Duterte met in Manila on November 13 during the US president's participation in the ASEAN summit.

Correction: this article has been amended to better reflect the statement issued by the White House.