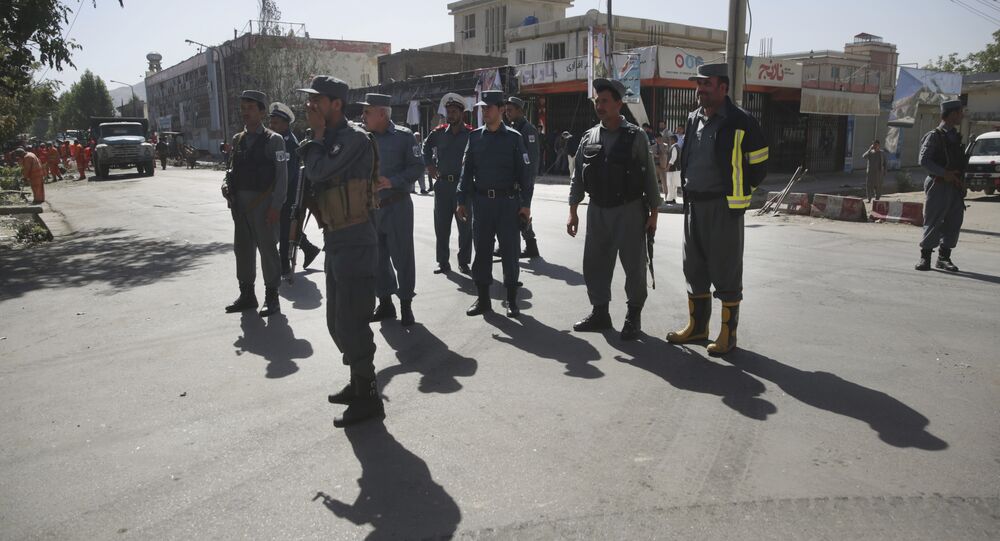 A suspected suicide bomber tried to get into a building in order to target a political event held there.

MOSCOW (Sputnik) – An attacker detonated himself near the hall in Afghanistan's capital, where an event was held, killing eighteen people, among which were 8 police officers.

According to the Pajhwok news agency, several people were wounded.

Explosion in kabul, labe_jar_khairkhana
This is the security of us pic.twitter.com/NczmoRAfHn

At least 3 people were killed and few injured in a blast in PD #Kabul, possible suicide attack. pic.twitter.com/SRe9An7DXQ

Police confirmed that an explosive device went off near a restaurant where several Afghan officials were gathered. The suspected suicide bomber tried to get into the building in order to attack a political event when he was stopped by the police at the security check, where he blew himself up.

Recent terrorist attack in Kabul shows that unfortunately,our new born democracy is being systematically endangered. Down with terrorists! pic.twitter.com/1ws9q2E2LY

While no group has so far claimed responsibility for the attack, Afghanistan has long been suffering from an unstable political, social, and security situation as terrorist groups, including Taliban and Daesh, continue to attack civilian and military targets across the country.

There Goes the Neighborhood: Pentagon Widens US Occupation in Kabul