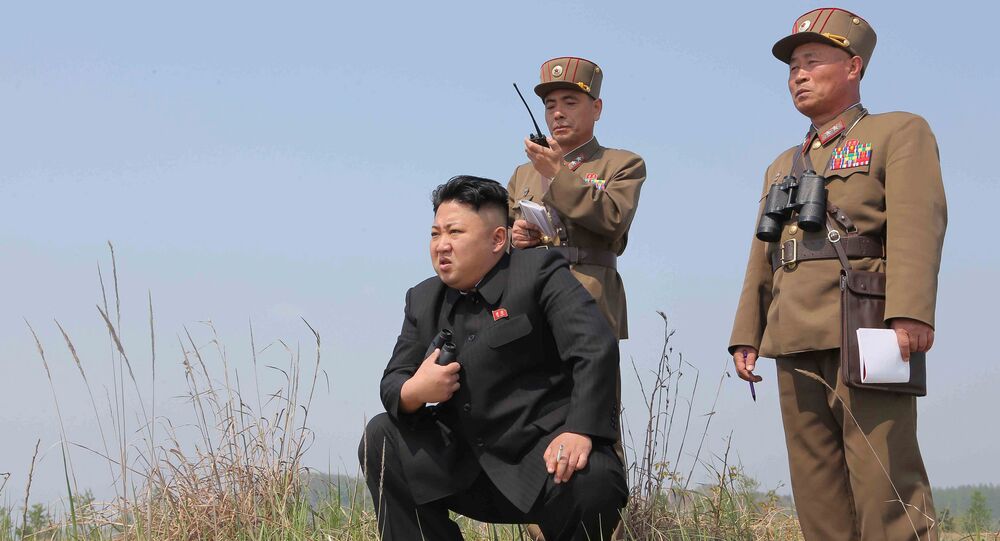 A North Korean news outlet has blasted US President Donald Trump with a furious diatribe, sentencing him “to death” for insulting “the dignity of the supreme [leader],” Kim Jong-un.

The editorial ran in Rodong Sinmun, the official newspaper of North Korea's ruling Workers' Party. Issued just after Trump's return from a 12-day tour of Asia, it called the American president, "no more than an old slave of money" who "dared point an accusing finger at the sun… he is just a hideous criminal sentenced to death by the Korean people."

"The Korean people will regard the face of Trump as a symbol of wolf-like US imperialism and as a target of merciless retaliation and send him to the hell he likes so much to tout."

Rodong Sinmun also accuses Trump, who they described as an "old lunatic, mean trickster and human reject" of cowardice for not visiting the Demilitarized Zone that separates the two Koreas, as his three most immediate predecessors all did.

The US claimed that Trump intended to make a "surprise" visit to the DMZ, but bad weather forced him to turn back. North Korea saw things differently, claiming that Trump "was just too scared to face the glaring eyes of our troops."

In his time in South Korea, Trump encouraged Kim to sit down at the negotiating table alongside him. In a speech before the South Korean National Assembly, he mouthed his usual threats of retribution, but generally avoided the bombastic boasts and insults that have been typical of his previous comments to the North.

"We will not allow American cities to be threatened with destruction," Trump said. "The world cannot tolerate the menace of a rogue regime that threatens it with nuclear devastation."

That only lasted for a few days. "Why would Kim Jong-un insult me by calling me 'old,' when I would NEVER call him 'short and fat?'" Trump asked in a Sunday Tweet. "Oh well, I try so hard to be his friend — and maybe someday that will happen!"

Trump has in the past referred to Kim as "Little Rocket Man" and told him that he was "on a suicide path for him and his regime." But a shot at Kim's appearance was a bridge too far, it seems.

"The worst crime for which [Trump] can never be pardoned is that he dared [to] malignantly hurt the dignity of the supreme leadership," the editorial read. "He will be forced to pay dearly for his blasphemy any moment."

Trump meanwhile claimed victory in his Asia trip, which saw visits to Japan, South Korea, China, Vietnam and the Philippines. "Our great country is respected again in Asia. You will see the fruits of our long but successful trip for many years to come!" he tweeted.

Our great country is respected again in Asia. You will see the fruits of our long but successful trip for many years to come!