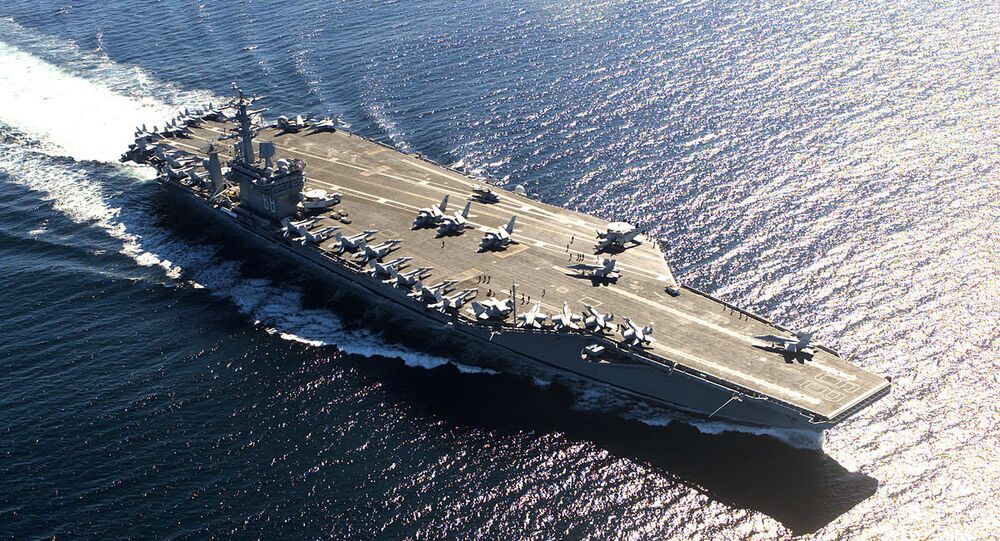 Thirty percent of the entire Nimitz-class US aircraft carrier fleet is convening east of the Korean Peninsula for the US Navy’s first three-carrier naval exercise in over a decade.

“For the first time in 10 years, 3 US Navy carrier strike groups will operate together in @US7thFleet during a rare 3-carrier strike force exercise,” US Naval Surface Forces tweeted Wednesday, noting it is “sure to be a great example of unique operational capabilities and surface forces ships.”

​The USS Ronald Reagan, USS Nimitz and USS Theodore Roosevelt strike groups will stage drills in the Western Pacific from November 11 through November 14, the 7th Fleet said in a statement Wednesday. The last time three carriers conducted joint drills was in 2006 and 2007 as part of Valiant Shield exercises near the US territory of Guam.

“Currently stationed in the vicinity of this peninsula are the three largest aircraft carriers in the world, loaded to the maximum with magnificent F-35 and F-18 fighter jets,” US President Donald Trump said during an address to South Korea’s National Assembly Wednesday.

The US leader warned “we have nuclear submarines appropriately positioned,” presumably to strike North Korea, before stating “I want peace through strength.”

The South Korean Navy is not slated to join the drills, a Ministry of National Defense spokesman told reporters Thursday, Stars and Stripes reports.

Beijing has urged peace amid a time of heightened tensions between North Korea and allies South Korea, the US and Japan. “All relevant parties should exercise restraint, avoid provoking each other, jointly stay committed to easing tensions on the peninsula and meanwhile make positive efforts to pull the Korean Peninsula nuclear issue back to the track of seeking settlement through negotiation at an early date,” Chinese Foreign Ministry spokeswoman Hua Chunying told reporters this week.