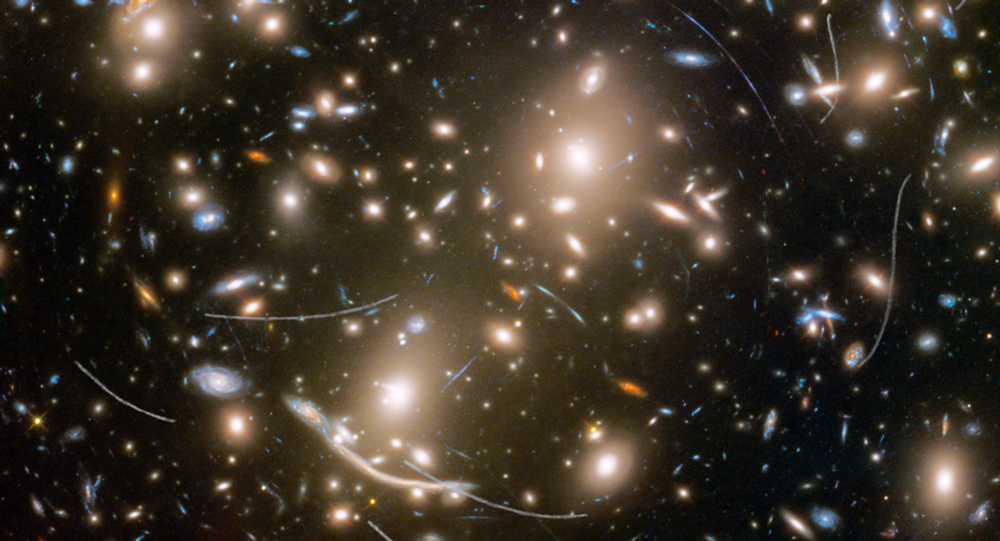 Chinese scientists are working on the possible launch of a dedicated space telescope to study high energy light from gravitational waves, according to China's top observational astronomy researchers on Monday.

The decision came after scientists from around the world announced on October 16 that they had for the first time detected ripples in space, known as gravitational waves, together with light created by a spectacular collision of two neutron stars.

The detection of the gravitational wave signal was made at 8:41 pm on August 17 (Beijing time) by twin detectors of the Laser Interferometer Gravitational-wave Observatory (LIGO), located in Livingston, Louisiana, and Hanford, Washington.

About two seconds after the gravitational wave signal ended, a bright flash of light in the form of gamma rays was detected by US space agency NASA's Fermi space telescope, Xinhua News Agency reported.

In the hours, days and weeks that followed, other forms of light or electromagnetic radiation — including X-ray, ultraviolet, optical, infrared, and radio waves — were detected.

Originally predicted in the early 20th century by Albert Einstein, gravitational waves caused by cataclysmic cosmic events result in ripples that propagate through spacetime, just like the movement of waves away from a stone thrown into a pond.

Chinese scientists also on October 16 announced their successful observation of the "optical counterpart" of gravitational waves coming from the merger of two binary neutron stars using a survey telescope in Antarctica.

The Chinese telescope independently observed optical signals resulting from the merger the next day, among some 70 telescopes on the ground or from space across the world, according to the Chinese Center for Antarctic Astronomy.

It was the first time humans have detected gravitational waves and the corresponding electromagnetic phenomena resulting from a binary neutron star merger.

The merging process ejected radioactive material more than 3,000 times the mass of the Earth at a speed of up to 30 percent the speed of light, said Wang Lifan, director of the center.

The collision of binary neutron stars is accompanied by a series of electromagnetic phenomena that are crucial to research in origins of heavy elements like platinum and gold.

The light-based detections that followed showed that the collision of the neutron stars released newly synthesized heavy elements into the surrounding universe.

That's "the first concrete proof that such smashups are the birthplace of half of the universe's elements heavier than iron, including gold and platinum," the LIGO team said in a statement.

When these two neutron stars collided, there were only four X-ray and Gamma-ray telescopes across the world facing the area where this historical astronomical event was taking place, and China's first Hard X-ray Modulation Telescope (HXMT), better known as "Huiyan" (Insight), was among them, the China Science Daily reported on Monday.

Huiyan space telescope is under the commissioning operation by the astronomers at the Institute of High Energy Physics (IHEP) of the Chinese Academy of Sciences (CAS).

Huiyan was one of the first of 70 telescopes to report their observation of the merger, and their findings were included in the discovery paper of this gravitational wave event together with other telescopes from around the world, including LIGO in the US and the Virgo in Europe.

Xiong Shaolin, the head of the IHEP research team on gravitational waves, said that inspired by the ground-breaking detection of the light from the merger event, scientists at IHEP are working round the clock to set up a project to launch a special X-Ray and Gamma-Ray telescope, hopefully by 2020, for the future study of high energy light emitted by gravitational waves.

Compared to Huiyan, which is primarily designed for detecting black holes in our galaxy, the new space satellite will focus on the study of gravitational waves, and will be much smaller in size and much cheaper, Xiong added.

Furthermore, the chief engineer (Liu Cong-Zhan) of the Huiyan space satellite was quoted by the China Science Daily as saying that "IHEP has also launched a ground-based telescope to conduct study on a specific polarization mode of the cosmic microwave background (CMB) radiation in Ngari, southwest China's Tibet Autonomous Region.

It is the first of its kind in the northern hemisphere and at the world's highest altitude."

CMB is thought to be leftover radiation from the Big Bang, or the event that resulted in the creation of the universe.

Liu said that the special properties of CMB radiation had never been detected, and if Chinese scientists could achieve this, it would be of great significance for mankind's understanding of the birth of the Universe.