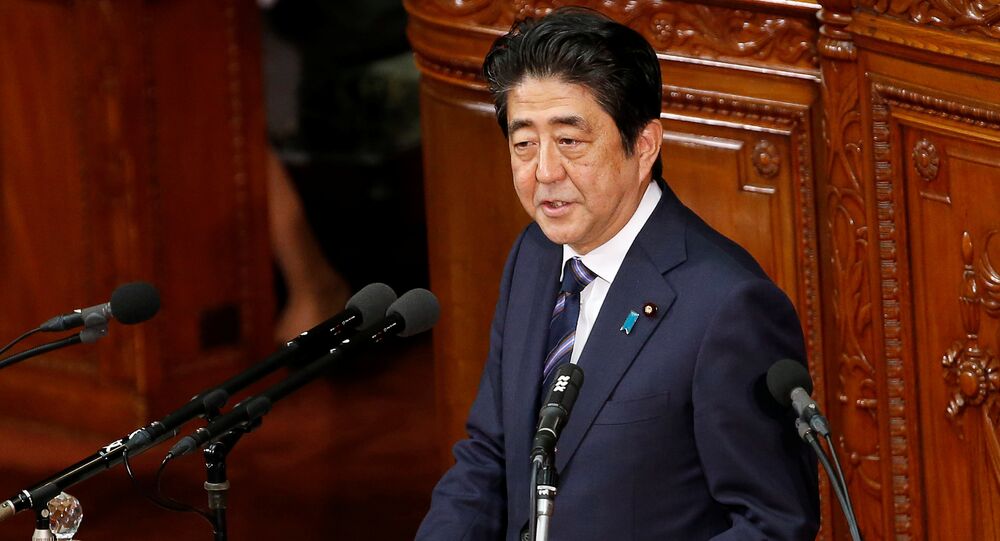 Japanese Prime Minister Shinzo Abe's actions have sparked a strong reaction from the opposition within a month of his re-election.

According to the broadcaster, opposition lawmakers held a meeting, during which they agreed to request the lower house’s Committee on Education, Culture, Sports, Science and Technology and Cabinet Committee, to launch parliamentary debates on the issue. The lawmakers are hoping to hold discussions within the Diet’s committees before November 17, when Abe is expected to deliver his general policy speech to the parliament after his re-election, the broadcaster added.

In May, the Japanese Education Ministry's internal documents leaked to the media showed that the government was providing preferential treatment for the opening of the new veterinary department at the Kake Educational Institution, run by Abe's friend Kotaro Kake. Media reports caused a major scandal, with opposition leaders accusing Abe of instructing government officials to lobby in favor of his friend's institution.

Abe retained his position as the country’s prime minister in October, after his Liberal Democratic Party won the election to the lower house with 33.28 percent of the vote, while its coalition partner, the Komeito party, gained 12.51 percent. The Constitutional Democratic Party came in second with 19.88 percent and the Party of Hope in third with 17.36 percent.