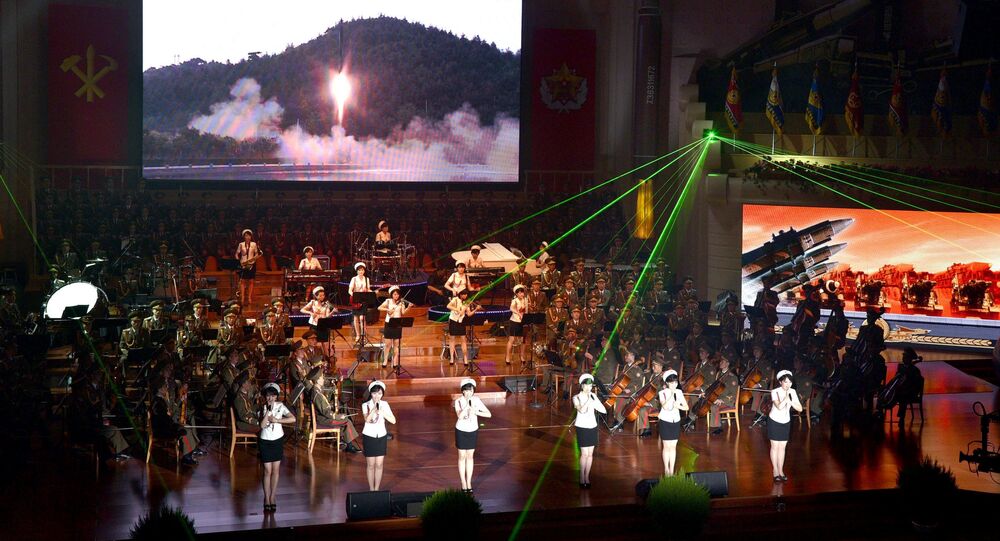 To herald the arrival of US President Donald Trump in South Korea, North Korea has reaffirmed their resolve to bolster their nuclear arsenal and oppose the US and its allies. The sky-high tensions in the Korean Peninsula have entered their seventh month, with no signs of breaking.

The official publication of the Workers' Party of Korea, Rodong Sinmun, chastised the US for its "reckless military provocations facilitating self-destruction." Specifically, the statement pointed to planned US military exercises that would involve aircraft carriers skirting North Korean territorial waters.

The aircraft carriers USS Nimitz, USS Ronald Reagan, USS Theodore Roosevelt, and all their accompanying retinues are expected to participate in joint exercises in the Pacific later this week. The announcement of the exercises, which came on Tuesday morning, has been interpreted as a show of the sheer power of the US Navy: no military on Earth other than the Americans' has more than two aircraft carriers in service. The US has 10.

"US warmongers are increasing extreme tension here by holding a joint military exercise in the nearby waters of the peninsula with three nuclear aircraft carrier strike groups," Rodong said, noting that they expected "provocation" during Trump's Asia visit.

"As long as the US and its puppets engage in hostile acts and invasive attempts against us, and as long as imperialism, the root of evil and injustice, is left on Earth, we will further build up our nuclear power."

To the surprise of many, Trump took a conciliatory tone during a press conference in South Korea. Although he engaged in the usual rhetoric pertaining to the North, claiming that Pyongyang is "threatening millions and millions of lives so needlessly" and that its missile program is "a threat, not only to the people of South Korea, but to the people all across the globe," he also hinted that he was interested in a diplomatic solution.

Or a "deal," in the parlance of the businessman-in-chief. Trump said that both he and South Korean President Moon Jae-in were "strongly urging" North Korea to "come to the table [and] make a deal" with the US and South Korea.

Moon added that he and Trump agreed to maximize military, economic and diplomatic pressure until North Korea returned to "sincere" talks regarding an end to their missile and nuclear programs. Should the DPRK cooperate, Moon said, they could be facing a "bright future."

Trump's past rhetoric has been far more bellicose, though. In August, Trump tweeted that "talking is not the answer" to the current stand-off, and that US Secretary of State Rex Tillerson was "wasting his time trying to negotiate with [North Korean leader Kim Jong-un.]" He has also vowed to unleash "fire and fury" against North Korea if they continued to threaten the US in August, and to "totally destroy" the insular Asian nation if it attacked the US or its allies.

Previously, Kim has claimed that he would not negotiate unless he could do so from a position of strength, meaning a nuclear intercontinental ballistic missile (ICBM) that could strike anywhere in the US. Twice in 2017, the DPRK tested their Hwasong-14 ICBM, which may be able to do just that.