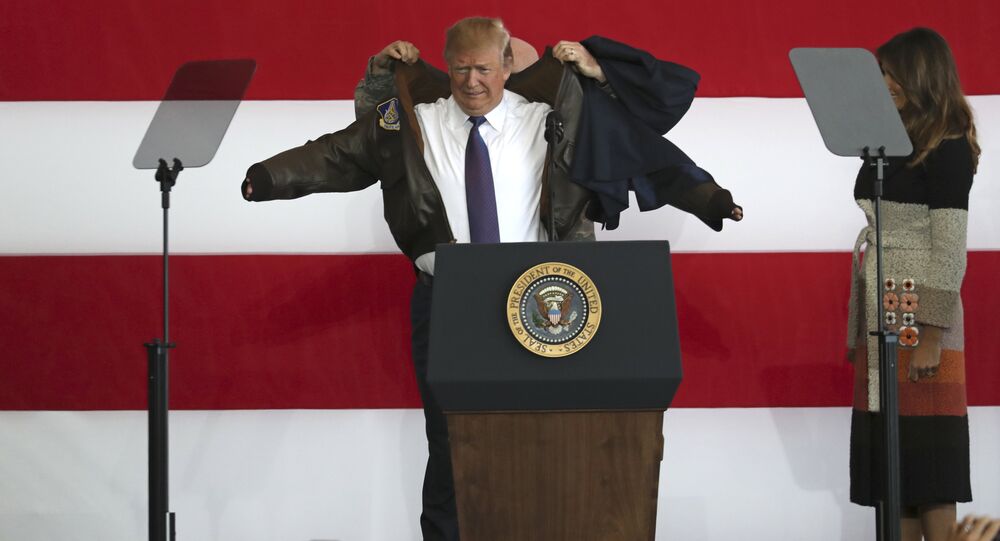 The Chinese Foreign Ministry has commented on the upcoming US president's three-day state visit as a part of his 12-day visit to Asia-Pacific.

"China considers the upcoming visit of President Donald Trump to be of significant importance. Apart from events within the framework of the state visit, the two leaders are scheduled to have unofficial restricted talks so that they will feel more comfortable when exchanging the opinions on issues of mutual interest. The upcoming visit of President Trump to China will definitely have a historic success," Chinese Foreign Ministry spokeswoman Hua Chunying stated during a briefing.

According to Chunying, the meeting between the Chinese and US leaders in Beijing will play an important role in the further stable development of bilateral relations and contribute to peace, stability and prosperity not only in the Asia-Pacific region, but worldwide under the current circumstances when deep and complicated changes took place in the international scene.

Beijing's statement comes in thr wake of US President Donald Trump's trip to Asia, which also includes official visits to Japan, South Korea, the Philippines, and Vietnam. The trip has already sparked rallies in South Korea, with demonstrators claiming that Trump had escalated tensions on the Korean peninsula with his provocative rhetoric.

The US president is also expected to meet with his Russian counterpart, Vladimir Putin, on the sidelines of the upcoming Asia-Pacific Economic Cooperation (APEC) summit in Vietnam next week, with the agenda of the meeting expected to focus on the North Korean issue.