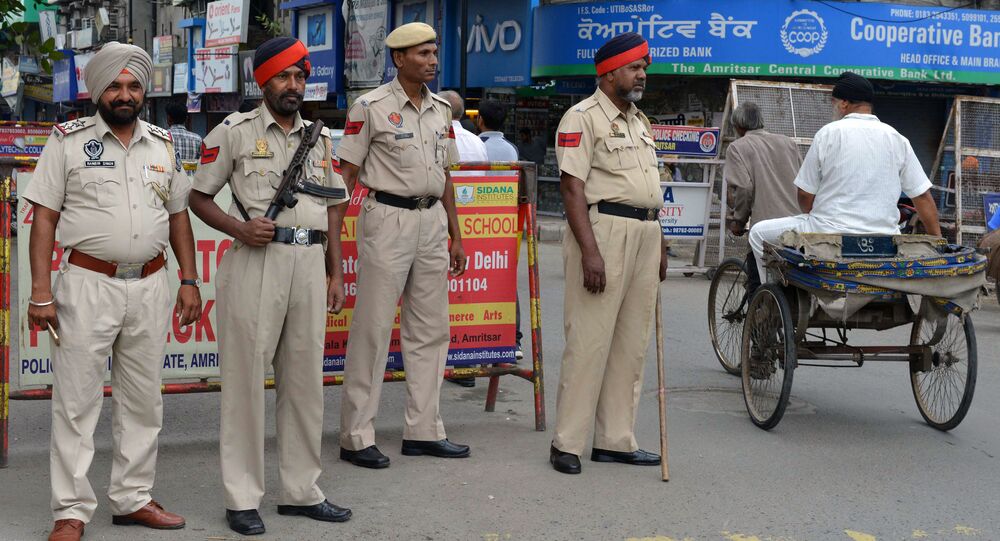 Holger Erik Misch has been arrested following an altercation with a railway employee. The revelation that he was traveling on a forged visa was made when police tried to unravel his part in the melee. They stumbled upon his passport and other documents in the custody of police in Himachal Pradesh.

New Delhi (Sputnik) — A German national has been taken into custody in India for traveling on a forged visa. According to the police, Holger Erik Misch, a resident of Berlin on November 3 attacked two Indian policemen with sticks following a verbal duel with a railway employee at the Robertsgang railway station in Sonbhadra district of India's northern state of Uttar Pradesh.

"The German national has been arrested. First of all, he did not have a tourist visa and secondly the visa he was carrying was forged," Superintendent of Police, Sonbhadra, RP Singh said.

There have been previous complaints against the German national, his visa had expired and passport impounded earlier: A Kumar,ADG(L&O) pic.twitter.com/A9Q3xJu7kd

© AFP 2020 / PRAKASH SINGH
India Foreign Minister Grants Medical Visa To Ailing Pakistani Child
An FIR (First Information Report) has been registered against the German national under the 14A Foreigners Act (for entry in a restricted area without valid documents), 419 IPC (cheating by impersonation) and IPC 420 (fraud), according to Singh.

The railway employee alleged that when he greeted the foreigner by saying "welcome to India", the German hit him, though Erik alleged he was provoked by Aman. Non-cognizable reports (NCR) have been registered by both sides in the conflict.

"According to reports, the railway supervisor asked the German national about his well-being, which angered him. The German hit the railway employee, who might have pushed him in retaliation. Based on the complaints of the two sides, non-cognizable reports have been registered. Their medical examination has been conducted," ADG (Law and Order) Anand Kumar told reporters on Sunday.

When Erik was being taken to the police station after the altercation with the railway employee, he allegedly bashed two policemen with a stick and tried to flee.

"Sub-inspectors Harikesh Ram Azad and Mithilesh Yadav were beaten up with a stick by Erik when he got out of the police vehicle. Since he is a foreign tourist, he is our guest and that is why we decided not to file a case against Erik," said Inspector, GRP, Mirzapur Samar Bahadur Singh.

The police also claimed to have found another criminal record of Erik with the Himachal Pradesh police. Eric had allegedly attacked a person with a sharp weapon on July 5 of this year in Kullu, according to the police diary.

India Trying to Solve Visa Issue With US