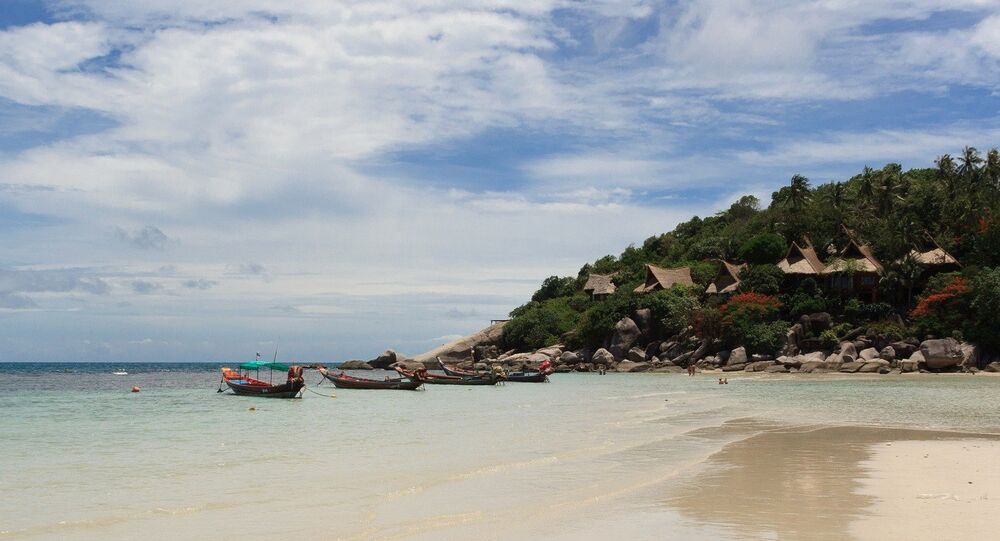 Thailand has announced the beginning of a 90-day trial smoking ban on its picturesque beaches, the attractiveness of which is significantly diminished by a layer of disgusting cigarette butts.

According to the report, smoking will be completely prohibited on Thai beaches starting February 1, 2018, and failure to comply might land you into a prison for a year. That's right, a year in prison for a quick puff. The jail term could be substituted with a $3,000 fine, Coconuts Bangkok reports.

© Flickr / Malaya K Pradhan
California Man Builds Surfboard Out of 10,000 Cigarette Butts From the Beach (PHOTOS)
Until February, a test phase is in effect. The ban is now enforced only on 24 beaches — mostly on the country's most popular tourist destinations. Violators will face no legal punishment for the time being; instead, authorities will inform the beachgoers about the new measures.

The law, intended to clear the beaches of man-made pollution, also prohibits littering. So, no careless throwing away of bottles or other refuse is allowed, either.

According to an earlier survey, Thai beaches suffer from approximately 0.76 cigarette butts per square meter of sand — or more than 100,000 cigarette butts on a 2.5 km-long stretch.

Besides looking nasty, "the butts clog the drains, contributing to floods. When the cigarettes stay under the beach sand for a long time, it also negatively affects the ecosystem. And then when the chemicals from the cigarette butts reach the water, it also releases cadmium, lead, arsenic and some acid from insecticide which are poison to the natural food chain," Jatuporn Buruspat, director general of Thailand's Marine and Coastal Resources Department, told the Phuket Gazette in October.

According to the UK Guardian, discarded cigarette butts account for a third of the rubbish collected by the department.

The problem is not confined to Thailand: in October, a surfer from California made a whole surfboard out of 10,000 cigarette butts to draw attention to the littering problem.

"This is the most polluting item picked up on the beach," creator Taylor Lane told the Orange County Register at the time. "And no one thinks twice that you can do anything with it."