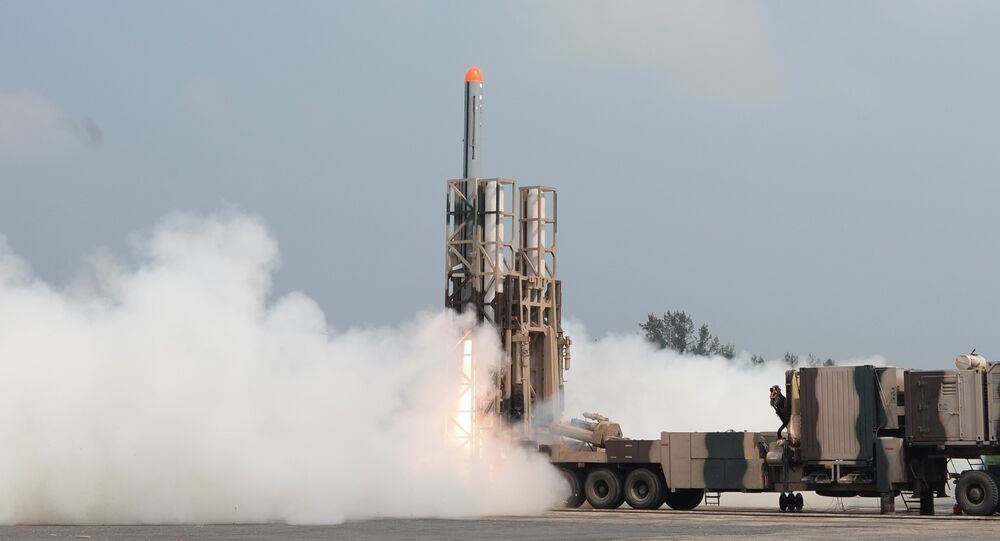 India seems to be in no mood to give up on the home built subsonic cruise missile Nirbhay that suffered serious technical snags in the last two unsuccessful trials. Developer DRDO says the glitches have been fixed and the prototype should pass all trials by June 2018.

New Delhi (Sputnik) — After spending almost a year to fix the problem that caused two consecutive failures, Indian defense scientists are once again gearing up for a fresh experimental trial of country’s home-grown subsonic cruise missile ‘Nirbhay’ this week at the Integrated Test Range (ITR) off Odisha coast. It will be the fifth test launch of the missile in the last five years.

In case you haven't seen this mesmerising footage of the Nirbhay cruise missile in flight, filmed from an IAF Jaguar jet. pic.twitter.com/L4UPIqWDas

"We are planning to have one probable trial (of the missile) next week," Dr S Christopher, chief of the state-owned Defence Research & Development Organization (DRDO) told the IANS on the sidelines of a three-day international conference- FIPS Physiocon —2017.

Last time when the missile was tested in December 2016, the engine had lost thrust. The missile also faced wing deployment and navigation software problems.

Sources told Sputnik that in the upcoming trial of Nirbhay turbojet engine would be used, unlike the earlier trials that were carried out on turbofan engine. “Final checks of the missile sub-systems are on and hopefully the missile would be launched on Tuesday,” an official involved in the preparations told Sputnik.

© CC BY-SA 2.5 / Ajai Shukla / Nag missile
India's Most Powerful ATGM Nag Missile Passes Flight Trials
The Indian government had sanctioned the missile project in 2010 with plans to complete it in three years. The Government later extended the date of completion and approved extra-funding as well for the project. The First test flight was conducted in March 2013. Despite successive failures, the Indian defense ministry is not in the mood to give up on the development as evident from its decision taken earlier this year to extend the project deadline to June 2018.

Nirbhay which has been compared to the United States' Tomahawk Land Attack Missiles can take out targets 1,000 km away with a 300 kg warhead.