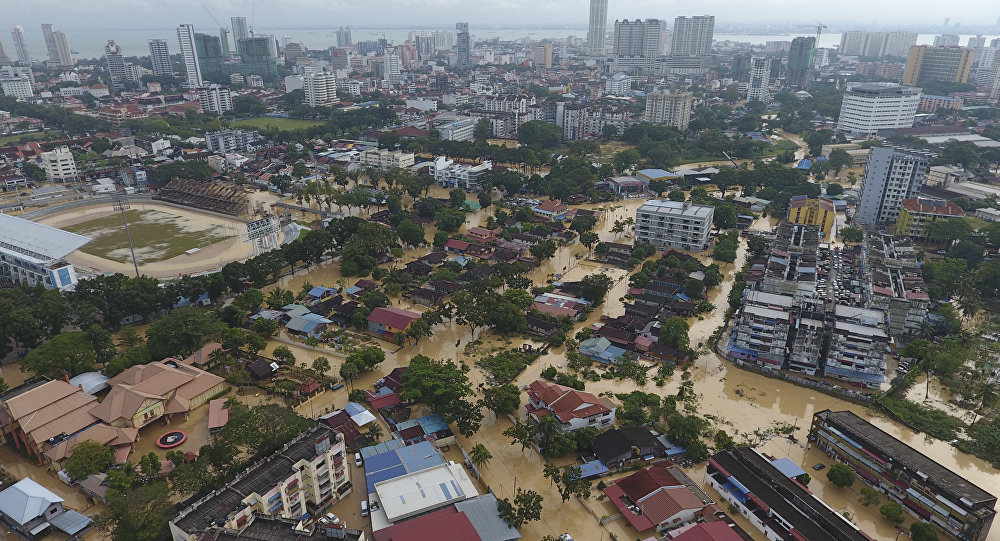 At Least 2 Dead, Nearly 2,000 Evacuated Due to Floods in Northwest Malaysia

Heavy rains hit the Malaysian state of Penang in the north-west of the country.

Minister of State Lim Guan Eng said that "the wind does not subside, we are concerned about the likelihood of new undesirable incidents and the continuation of heavy rains."

George Town the morning after the heavy night rain and flood. Thanks God it stopped! 😱 #Penang #Malaysia pic.twitter.com/AWCk57McuT

The minister noted that the authorities did not expect the arrival of bad weather in the region.

Penang police confirmed that there were now two victims of the disaster: a 75-year-old Indian man, found drowned in his house, and another woman who had drowned in a retirement home.

Additionally, the Malaysian Armed Forces and the Malaysian Civil Defense Force (JPAM) have been sent to help victims of the floods.

The rescue operations are ongoing.